The St. Charles County Veterans Museum started with the dream of one man: Ralph Barrale.  Private Ralph Barrale, a veteran of World War II, landed on Utah Beach at Normandy, served with General George Patton at the Battle of the Bulge, and was among the first troops to enter Dachau, the oldest concentration camp in Germany.  He later served at the Nuremberg War Crimes trials.  Ralph reflected, “We knew why we were fighting the Japanese.  They attacked us.  We weren’t sure why we were fighting the Germans.  When we entered the concentration camp, we knew.  We had to make sure nothing like this could ever happen again.”

Ralph dedicated his life to honoring veterans through his work with the VFW, American Legion, and numerous civic and community efforts. His final dream was to build a place where all those who served would be honored, and their stories preserved. Though Ralph is no longer with us, we know he would be proud of his museum, where “Every Veteran has a Story.” 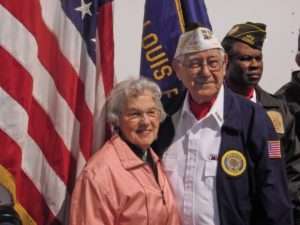 Entering 2022, the museum announced several major initiatives.  The projects include:

Interview With Heroes – Our Veterans

Our Veterans History Project, Interviews with Heroes is just getting underway.  Sponsored by a Missouri Humanities Grant, for this project local high school students are recruited to interview our veterans.  The video is then sent to the Library of Congress in Washington D.C., where the veteran’s story is preserved and can be accessed by future generations. 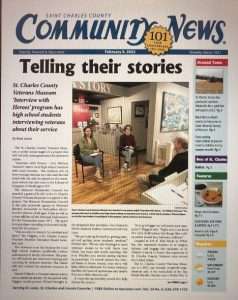 The museum has been selected to be the recipient of a memorial honoring those killed 26-AUG 2021 after a suicide bomber detonated explosives outside Kabul’s Hamid Karzai International Airport Kabul, Afghanistan.  The memorial is being donated to the museum and should arrive by the end of May or early June.  Look for a dedication ceremony announcement. 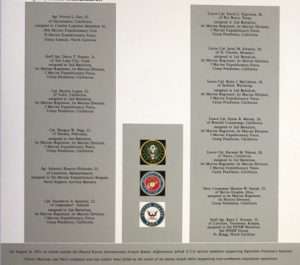 The Fallen Heroes Memorial Wall is arriving at the museum on 29-JUN through 4-JUL 2022.  The twenty-eight-foot wall features dog tags of the 7040 soldiers killed in the War on Terror since 2001. The museum will be open 24 hours for 138 consecutive hours with a variety of events scheduled for each day.  The museum is actively seeking veterans, civic organizations, and scouting groups to help honor our fallen during this event.  Planned events include a 5K run/walk on July 3rd, honor guards, rifle salute and the playing of “Taps” each night, fire and police department events, and much more. 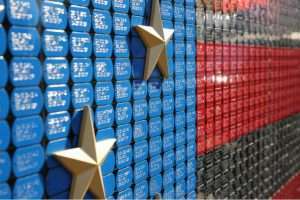 War on Terror Tribute and Memorial

The museum is in the process of gathering sponsors and designs for a War On Terror Tribute and Memorial.  The Tribute will be unique, because we will recognize the Missourians killed in the war on Terror and also bring attention to the sacrifices of our troops that returned home.  There are no records of those who came home with invisible wounds…wounds that never heal.  Our plans are to tell the stories of those who returned home with less visible injuries, and bring awareness to the public, that “Some Gave All, All Gave Some.” 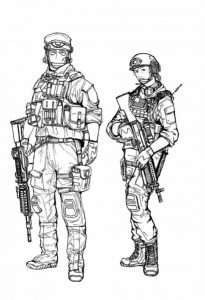 On 28-FEB 2022 we announced plans to consider an offer from the City of O’Fallon for nearly three acres of land in front of the Justice Center on Bryan Road.  If we move forward with the plan, we will build a new approximately 10,000 square foot facility.  Our visitors love the “uniqueness” of the museum by telling the stories of our veterans.  Currently the museum draws some visitors from all across the country through our “Harvest Host” RV program. With nearly 30,000 cars passing by the proposed site on Bryan Rd. each day, we believe the museum could become a Midwest attraction.   The museum is in the process of forming a board of directors to help guide the museum to raise the capital needed to make the vision a reality. 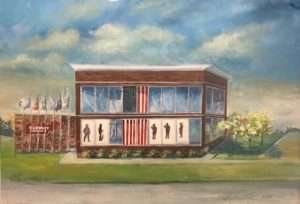 We are currently looking for volunteers, who could help us in a number of different ways. If you’d like to be part of something special, and can offer a few hours each week, please message us or call 636-294-2657.  We have a volunteer application on our website.  Click on the link below.  https://stcharlescountyveteransmuseum.org/volunteers/ 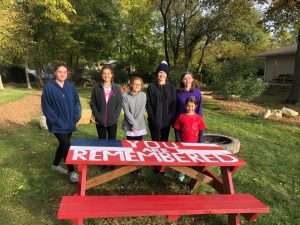