When Determining the Cost of War, Why Do We First Think of DOLLARS?

This day, 20-MAR 2003, marked the beginning of the Iraq War, also known as the Second Persian Gulf War. U.S. Troops would remain in Iraq until 18-DEC 2011, when the last U.S. soldiers left Iraq, ending a nearly nine-year military mission.

In those years, more than one million airmen, soldiers, sailors, and Marines served in the country.

Many ask the question: How much did the Iraq War cost?  In February 2020, The Military Times reported the cost as 2 trillion dollars. If one enters “Cost of the Iraq War” into almost any online search engine, one will find numerous articles regarding the amount of DOLLARS that were spent.

But why is the cost of war always measured first in dollars?

Secondly, one can find numerous reports on the number of troops killed.  According to the U.S. Department of Defense casualty website, there were 4,431 total deaths (KIA and non-hostile deaths).  There were also, 31,994 wounded in action.  The human costs of the conflict were high.

However, one statistic, virtually unknowable and woefully overlooked, is the actual human cost of war.  There are no records of those who came home with invisible wounds…wounds that never heal. There are no records of the wounded families who sacrificed a parent, a child, a brother, or sister. The sons and daughters that will never be born to those whose lives were shattered. Or the careers that will never be resumed, and talents that will never be displayed, due to the injury that has been endured by returning veterans and continues to affect their lives in every way.

Some Gave All, All Gave Some.  Thank you for your sacrifices.  God Bless Our Iraq Veterans. 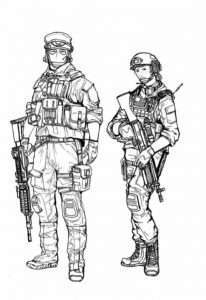