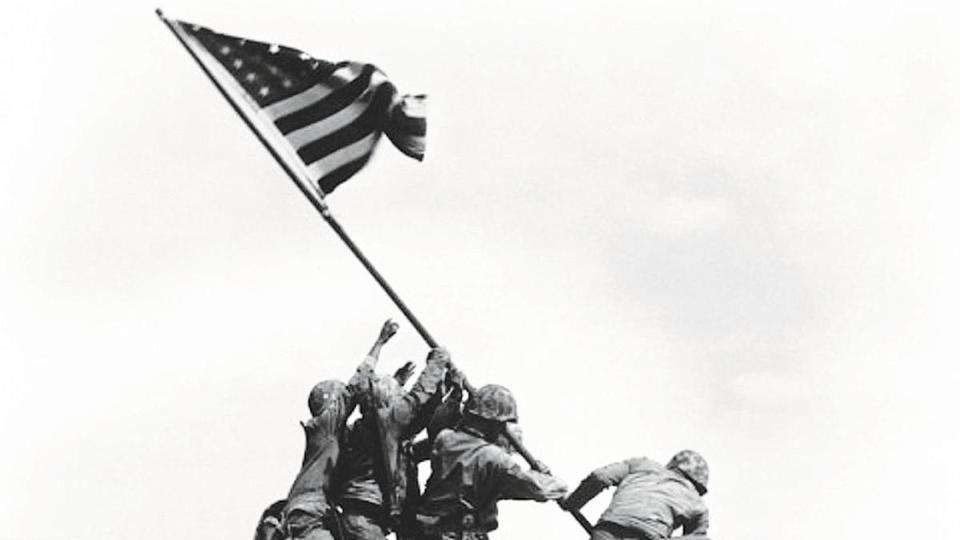 It was nice to have Jane and Gryf Ketcherside visit last week.  Jane’s father is Deward Terry who was in the 5th Marine Division during WWII.  The anniversary of the landing on Iwo Jima is just days away.

On 19-FEB 1945 Deward was just offshore Iwo Jima.  At 08:59, one minute ahead of schedule, the first of an eventual 30,000 Marines of the 3rd Marine Division, the 4th Marine Division, and the new 5th Marine Division, making up the V Amphibious Corps, landed on Iwo Jima. Deward and the 5th Division landed on Iwo Jima southeast of Mount Suribachi.  Deward recalled, “the infantry landed at 0900, and we landed at 0915.  We went to our position to wait for our 105mm cannons to come ashore.  It was quiet and there was no firing.  We stepped out on dry ground.”  Deward continued, “the Japanese were ordered not to fire until the beach was loaded with men and equipment.  Then they pulled the guns out of the caves on Mt Suribachi.  They were looking right down on the beach.  We were on the ground for about 30 minutes before the firing began.  The military later found there was 17 miles of caves on Iwo Jima.”

Deward continued, “All the bombing and shelling the Navy have done to soften up the defenses had little or no affect.

Deward will be 96 this May.  Deward donated some wonderful artifacts to the museum including sand from Iwo Jima. We hope to see him at the museum soon.