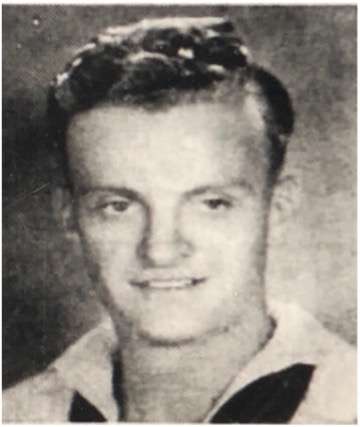 We Will Never Forget Our Fallen!

Paul joined the Navy on 6-DEC 1938. On 31-DEC 1940 Paul was mustered aboard the U.S.S Oklahoma BB-37 moored at Ford Island, at Pearl Harbor Hawaii.  Also onboard the Oklahoma was Paul’s older brother Earl.  Earl and Paul would serve on the Oklahoma several months before Earl was reassigned.  Fortunately for Earl, he was not on the Oklahoma on December 7th.  Paul was not as fortunate.

Paul was a The Oklahoma was attacked by Japanese aircraft and sustained multiple torpedo hits, which caused it to quickly capsize. The attack on the ship resulted in the deaths of 429 crewmen, including Paul Louis Boemer. For days after the Oklahoma capsized, there was clanging deep inside the ship.  About 32 of the crew were rescued within the days after the attack.  The first bodies were recovered on 14-OCT 1943 when the Oklahoma was upright.  A total of 341 bodies were found by 27-DEC 1943.  The bodies having been underwater for nearly two years, had heavily decomposed.  Navy divers located the last of the sailors’ remains in June 1944.  None could be identified and were buried in common graves in Halawa Cemetery.  The Oklahoma was decommissioned on 1-SEP 1944 and sold for scrap on 5-DEC 1946.  The Oklahoma left Pearl Harbor under tow on 10-MAY 1947 but was lost in a storm at sea 500 hundred miles Northeast of Hawaii on 17-MAY 1947.

From December 1941 to June 1944, Navy personnel recovered the remains of the deceased crew who were interred in the Halawa and Nu’uanu Cemeteries.  Between June and November 2015, Defense POW/MIA Accounting Agency (DPAA) personnel exhumed the USS Oklahoma Unknowns from the Punchbowl for analysis. On 20-SEP 2020, the DPAA identified the remains of Coxswain Paul L. Boemer.

Finally on 3-MAY 2022 Paul returned home and was buried in Jefferson Barracks National Cemetery in his hometown of St. Louis.