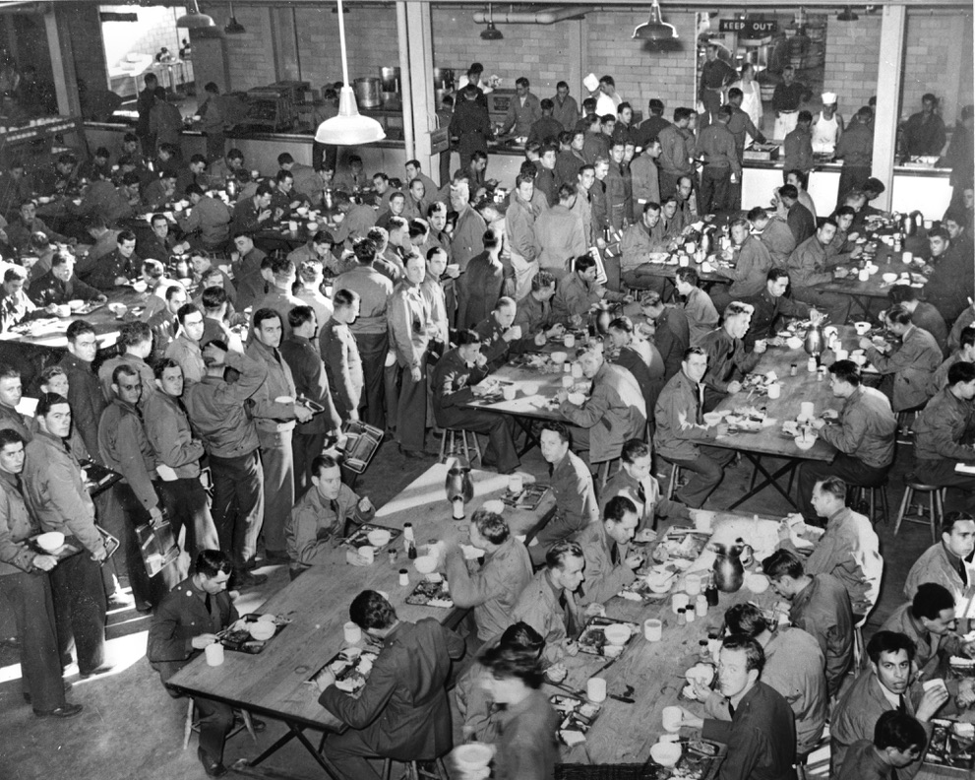 Winter is settling in and we thought we’d bring you recipes of days gone by.

Shit on a Shingle – abbreviated as “S.O.S.” – became popular slang among American soldiers during World War II. Chipped beef, which is made from dried, salted beef that has been sliced or chipped into small pieces, entered the Army’s recipe database with publication of the 1910 revision of the Manual for Army Cooks. The earliest versions called for six quarts of beef stock and two cans of evaporated milk. After being thickened with flour browned in butter, the sauce was seasoned with chopped parsley and ground black pepper. The cook added beef just before serving to keep the dish from getting too salty.

Cream chipped beef (S.O.S.) remains popular today in many parts of the country today.  The first published recipe for S.O.S is the Army version, which calls for chipped beef, a dried meat product perfectly designed for the battlefield.  The chipped beef was dried, salted, pressed, and thinly sliced, making for a compact and shelf-stable. The version of S.O.S. in the 1910 Manual for Army Cooks, uses evaporated milk, which would have been easy to transport, shelf stable, and safer to consume than fresh milk. In a pinch the entire dish can be made from the pantry if fresh butter is removed in favor of a more shelf-stable fat such as lard and beef stock is substituted with water.

Though S.O.S was coined during World War II, the nickname extends far beyond the mess halls of the 1940s. The recipe remained unchanged as the Army prepared for World War II. But by the publication of TM 10-412 in August 1944, the parsley and beef stock had been removed in favor of a creamier chipped beef. In this and recipes published in later editions of the TM, the cook simply made a light to medium cream sauce and added chipped beef and seasoned it with black pepper.

The following recipe keeps it simple and pays homage to the original Army 1910 version but is scaled down to serve two people: