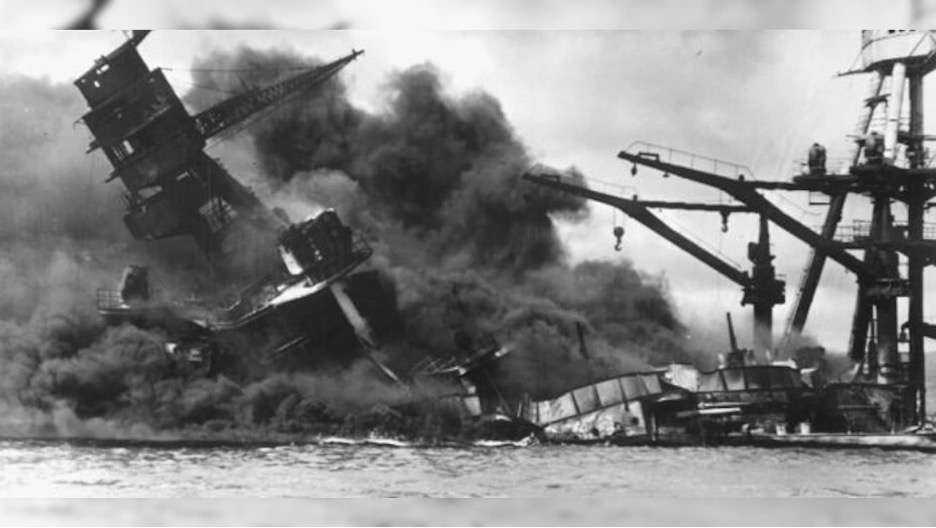 This year marks the 80th anniversary of the attack on Pearl Harbor. It is estimated there are fewer than 20 survivors still alive in 2020.  The attack killed 2,403 service members and wounded 1,178 more. Six U.S. ships were sunk. Additionally, 169 U.S. Navy and Army Air Corps planes were destroyed. Civilians were also in danger. There were 34 men* from St. Louis, St. Louis County and St. Charles County killed in action.  Nineteen of them were on the USS Arizona.  There were two from St. Charles County killed in action.  In all, 64* men were killed from Missouri.

On December 7, 1941 we know of six St. Charles County residents stationed at Pearl Harbor during the attack.  It is likely there were more.  They were:

Sadly, two would not survive the attack.  In all, about 34 St. Louisans were killed at Pearl Harbor.  \

Noble Burnice Harris was born on July 9-JUL 1918. St Charles is listed as his hometown.  Noble enlisted 9-JAN 1940 in the Navy.  He attended boot camp at the Naval Training Center, Great Lakes, Illinois.  Noble’s occupational specialty was Coxswain. Coxswain work with canvas, handled boats and knew signaling.  Noble was officially assigned to the USS Arizona (BB-39) beginning March 26th, 1940.  The USS Arizona was a Pennsylvania Class Battleship built for the US Navy in the 1910’s and launched in 1915.  Noble would serve briefly during World War II before war was declared.

Ensign Smartt had started his flight training at NRAB (Naval Reserve Aviation Base), in St. Charles Missouri just outside of St. Louis.  The number of cadets being trained kept increasing so the Navy purchased several hundred acres of land in St. Charles County near where the Illinois River entered the Mississippi River. This became an auxiliary landing field for the cadets to practice takeoffs and landings.  When the United States entered the war and student training was greatly expanded, a large hexagon shaped blacktop area was added with a pair of runways every 60 degrees, so you were never more than 30 degrees out of the wind. This same shape and design was used in hundreds of primary training fields (Navy and Army Air Corps) around the country.  A large hangar and aircraft workshop were added and later, barracks and mess halls.

Joseph Gillespie Smartt was killed in action on 7-DEC 1941 at Pearl Harbor.  He was stationed at Naval Station Ford Island, assigned to Patrol Squadron 11 Kaneohe Naval Air Station.  Ensign Joseph Gillespie Smartt was among those cited by CinCPacFlt, “For prompt and efficient action and utter disregard of personal danger in the effort to repel the attack on Naval Air Station, Kaneohe Bay, Oahu, Territory of Hawaii, by Japanese forces on 7-DEC 1941, which was made in conjunction with the attack on the fleet in Pearl Harbor on that date.” It is likely Smartt was one of the first casualties at Pearl Harbor.  The facility in St. Charles MO. was later renamed Smartt Field in honor of Ensign Joseph Smartt, who was killed in the Japanese attack on NAS Kaneohe Bay, Hawaii on 7-DEC 1941.  A shipbuilder later named an escort ship the U.S.S. Smartt in memory of Ensign Joseph G. Smartt.

We remember them…Because “no one is ever gone, as long as someone has memories of them.”