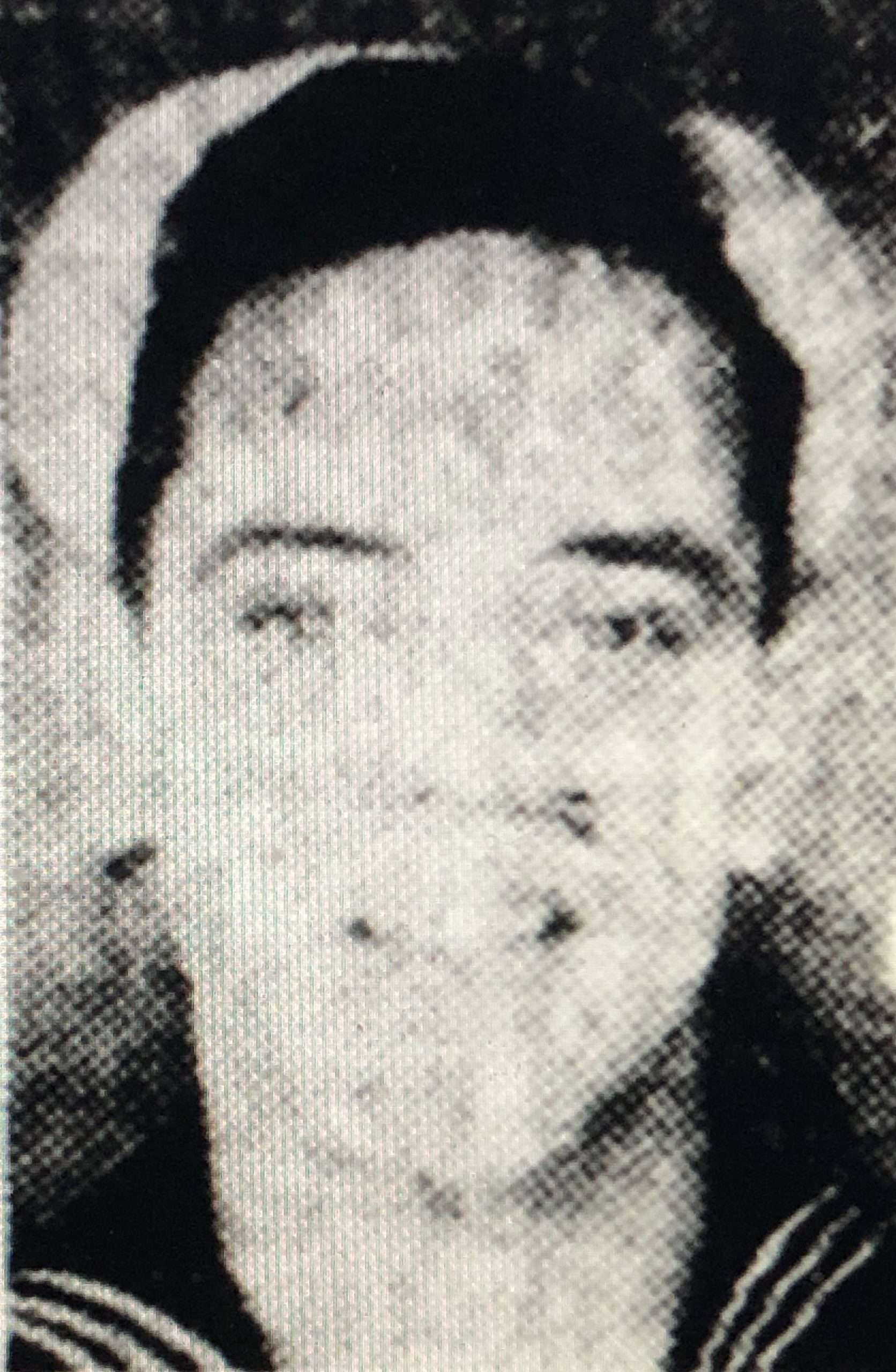 Noah Curtis Jones was born 25-OCT 1925.  He lived with his father Clifford C. Jones and mother Marie Anna Pierce at 1015 N. Fourth Street St Charles MO.  His father was a police officer.  His mother, Marie died when Noah was ten years old.  He had an older sister Fannie Marie Jones.

Noah completed grammar school in St. Charles.  Noah was a Pharmacist Mate 3rd Class (Corpsman) in the United States Navy Reserve.  He served in the Third Marine Division in the Pacific.

The Battle of Iwo Jima was fought from 19-FEB – 26-MAR 1945.  Marines of the Fourth and Fifth Divisions landed on the beaches on 19-FEB 1945.  The Third Division was held in reserve.  In anticipation of heavy casualties, the Marines and Navy added about 50% more doctors, corpsmen and medical personnel for the battle.  Each of the three divisions engaged in the struggle for Iwo Jima included roughly 100 Navy surgeons and nearly 1,000 Corpsmen in its ranks. Most of those emergency medical specialists deployed forward with their divisions or worked in improvised aid stations just behind the front lines.

The nature of their work required continuous risk-taking. They retrieved wounded Marines, performed initial life-saving measures, evacuated severe casualties back to the beach – always under fire.  As in previous battles, Corpsmen on Iwo Jima were targets of snipers.  Many were killed and injured while going into harm’s way to treat casualties.

Noah and the Third Marine Division joined the fighting on the fifth day of the battle on 24-FEB 1945.  The division immediately began the mission of securing the center sector of the island. The division faced well-organized and determined enemy resistance. The terrain, ideal for defense, was heavily fortified by pillboxes, caves, and covered artillery emplacements. Progress was slow and casualties heavy during the first few days of fighting.

Noah Curtis Jones was killed in action on Iwo Jima 1-MAR 1945. Navy medical crews paid a high price in the savage fighting at Iwo Jima. Twenty-three doctors and 827 corpsmen were killed or wounded in action on Iwo Jima.  The corpsmen on Iwo Jim were highly decorated.  Corpsmen received 14 Navy Crosses, 108 Silver Stars and 287 Bronze Stars and 4 Medals of Honor.  Noah was posthumously awarded the Purple Heart.  The Medal was received by his father.

Noah Curtis Jones is Honored and Remembered at the St. Charles County Veterans Museum on the Wall of Honor.