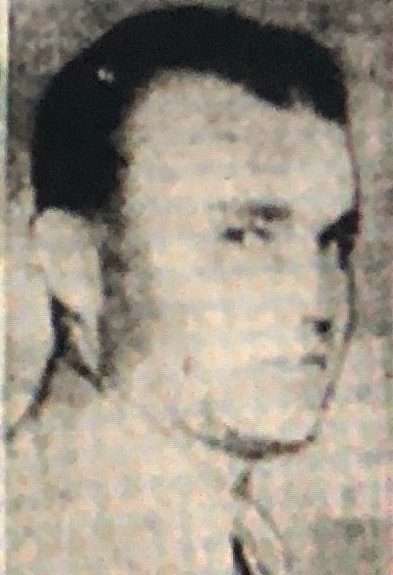 William R. Adams was born 7-MAR 1918 in Davis MO.  His parents were William W. Adams (1879-1928) and Pearl Alma Smith Adams (1888-1926).  Robert had three brothers; Claude, Russell and Gilbert and three sisters; Alma, Jessie and an infant who died at birth.  He lived at 142 North Main Street in St Charles MO.  William’s next of kin listed on his draft card was Otto Adams an uncle.  William worked for C.C Craig at 1803 West Clay Street in St Charles.    He registered in St Charles for the draft and served in World War II and in Korea in the Army.  He served with 38th Field Artillery Battalion, 2nd Infantry Division.  William was a veteran of the Battle of the Bulge.  He was stationed in Japan for twenty-seven months after the war.  He was a Master sergeant before being commissioned a Second Lieutenant in October.  He later attained the rank of 1st Lieutenant.

The Battle of Chosin Reservoir, also known as the Chosin Reservoir Campaign, was a decisive battle in the Korean War. On 27-NOV 1950, the Chinese Army surprised United Nations (UN) Forces at the Chosin Reservoir area. A brutal 17-day battle in freezing weather and rough terrain soon followed.  In the period between 27-NOV and 13-DEC 1950, 30,000 UN troops were encircled and attacked by approximately 120,000 Chinese troops. The cold weather was accompanied by frozen ground, resulting in frostbite casualties, icy roads, and weapon malfunctions.  The losses at Chosin Reservoir were painfully high for U.S. troops. The estimated 18,000 casualties included about 2,500 killed in action, 5,000 wounded and almost 8,000 who suffered from frostbite. The Chinese suffered three times that number.

The Korean War Casualty Listings state: First Lieutenant Adams was a member of the 38th Field Artillery Battalion, 2nd Infantry Division.  While he was missing, it was reported by the St. Louis Globe-Democrat and St. Louis Post-Dispatch on 31-OCT 1951 that LT. William R. Adams was awarded a Bronze Star.  The citation read “in complete disregard for his own personal safety in leading an evacuation party through enemy lines to save casualties and later finding a withdrawal route for his men through enemy positions.”  Both actions took place on 26-NOV near Somindong Korea just four days before he went missing.

He was taken prisoner of war while fighting the enemy near Kunu-ri, North Korea on 30-NOV 1950 and died while a prisoner on 4-APR 1951 in North Korea. The incident location is recorded as North Korea, the Battle of Chosin Reservoir.

William’s remains were returned, and he is buried at Sulphur Lick Cemetery in Lincoln County Missouri.  William is honored and remembered at the St. Charles County Veterans Museum.

We are looking for more information about William including a picture.  If you can help, please contact the museum.