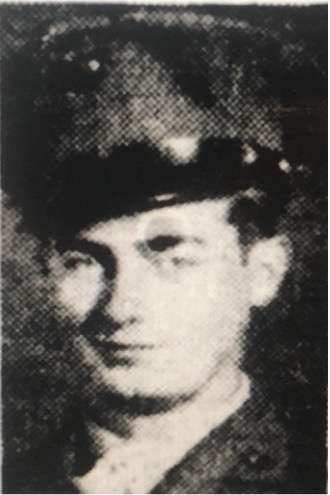 Warren Bernard Breeher was born on 9-AUG 1921.  John Joseph Jud informally adopted Warren.  His biological father was Joseph Breeher.  Warren was killed in action on 7-JULY 1944, on Saipan, Northern Mariana Islands.  He was 23 years old.  Warren, a Marine Corporal in the Pacific was found at his post in a water-soaked fox hole on the eastern slope of Mount Tapotchau.  His comrades reported on finding him, that Warren went down fighting.  Warren was apparently killed by a deceased sniper who lied nearby in the underbrush.  The Japanese sniper was clutching the dirt and his helmet was ripped by a bullet hole. 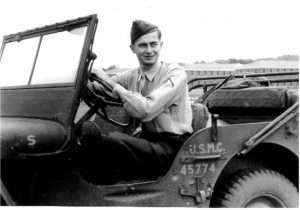 For more of Warren’s story, click on the pdf below. 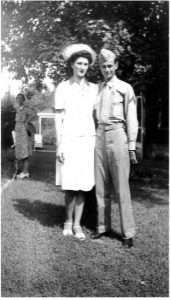 To hear Warren’s letters to Dorothy, click on the link below: