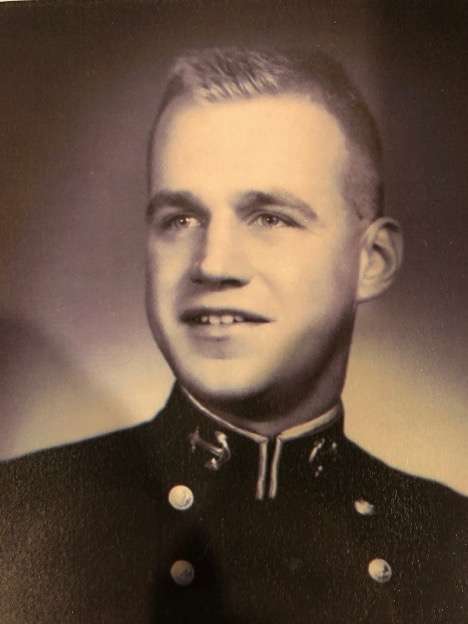 Christian went to the Annapolis Naval Academy in 1966 and after graduation was commissioned an Ensign.  Christian served on the USS Hancock, CV/CVA-19, one of 24 Essex-class aircraft carriers built during World War II and the USS Enterprise (CVN-65) from July 1973 to June 1976.  The Enterprise was the world’s first nuclear aircraft carrier.

Christian was a pilot flying the Douglas A-4 Skyhawk.  The A-4 is a single-seat subsonic carrier-based light attack aircraft developed for the United States Navy. Perhaps the Douglas A-4 Skyhawk’s most famous pilot was Senator John S. McCain III, who was a prisoner of war during the Vietnam War after his Skyhawk was shot down.  The A-4 came to be known as “Heinemann’s Hot Rod” after its designer, Ed Heinemann. The Skyhawk had a top speed of 645 miles per hour and an impressive range of up to 2,001 miles. It could haul nearly 10,000 pounds of bombs and could carry the AIM-9 Sidewinder air-to-air missile. An additional two 20mm cannons gave it the ability to handle air or ground targets.

Christian was awarded the Air Medal Meritorious Flight Medal, which is awarded to individuals who, while serving in any capacity with the Armed Forces of the United States, distinguish themselves by meritorious achievement while participating in sustained aerial flight operations, under flight orders.

Christian served in the Navy from 1967-1976. Carrier pilots learn landing and taking off from a rolling and pitching carrier is challenging.  On one occasion Christian had to eject immediately after take-off.

Click on the pdf at the end of the story, for more information.