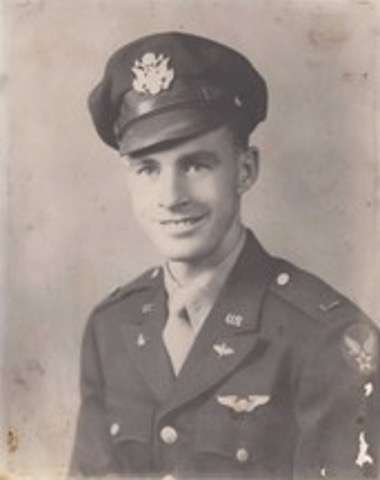 William “Bill” Cardwell was born 22-JAN 1924 in Darlington Idaho.  Bill was employed at Ogden Air Technical Service Command, at Hill Field, prior to enlisting in the Army Air Corps. During World War II Hill Field was a vital maintenance and supply base, with round-the-clock operations geared to supporting the war effort. Battle-weary A-26, B-17, B-24, B-29, P-40, P-47, P-61, and many other types of aircraft depended on the men and women of Hill Field for structural repair, engine overhaul, and spare parts. Peak wartime employment at Hill was reached in 1943 with a total of over 22,000 military and civilian personnel. These dedicated men and women rehabilitated and returned thousands of warbirds to combat.  Bill contributed to the war effort before joining the service at 18 years old.

Bill enlisted in the Army on 8-JAN 1943 in Salt Lake City Utah.  For the the rest of Bill’s story, click on the pdf below.