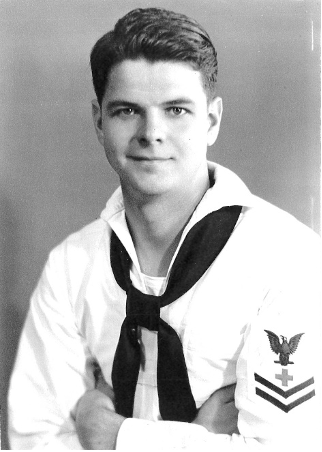 James J Cregan was born October 25, 1918. As a student he was serious about schooling and never missed a day at school.  One would think this punctuality was taught to him by the military, but it was just the way he lived his life.

James joined the U.S. Naval Reserve on 8-FEB 1940. He was assigned to the USS Allen, a destroyer based at Pearl Harbor.  The USS Allen an older ship, had the distinction of serving in both World Wars.

In June 1941 he was reassigned to the USS Argonne a supply ship. On 7-DEC 1941 the USS Argonne was berthed across the harbor from the Arizona in the first repair slip at the north end of 1010 dock. As James recalled “I saw the planes come in, but I thought they were ours. You couldn’t tell they were Japanese planes till they flew by. Then you could see that big, red meatball on it.”