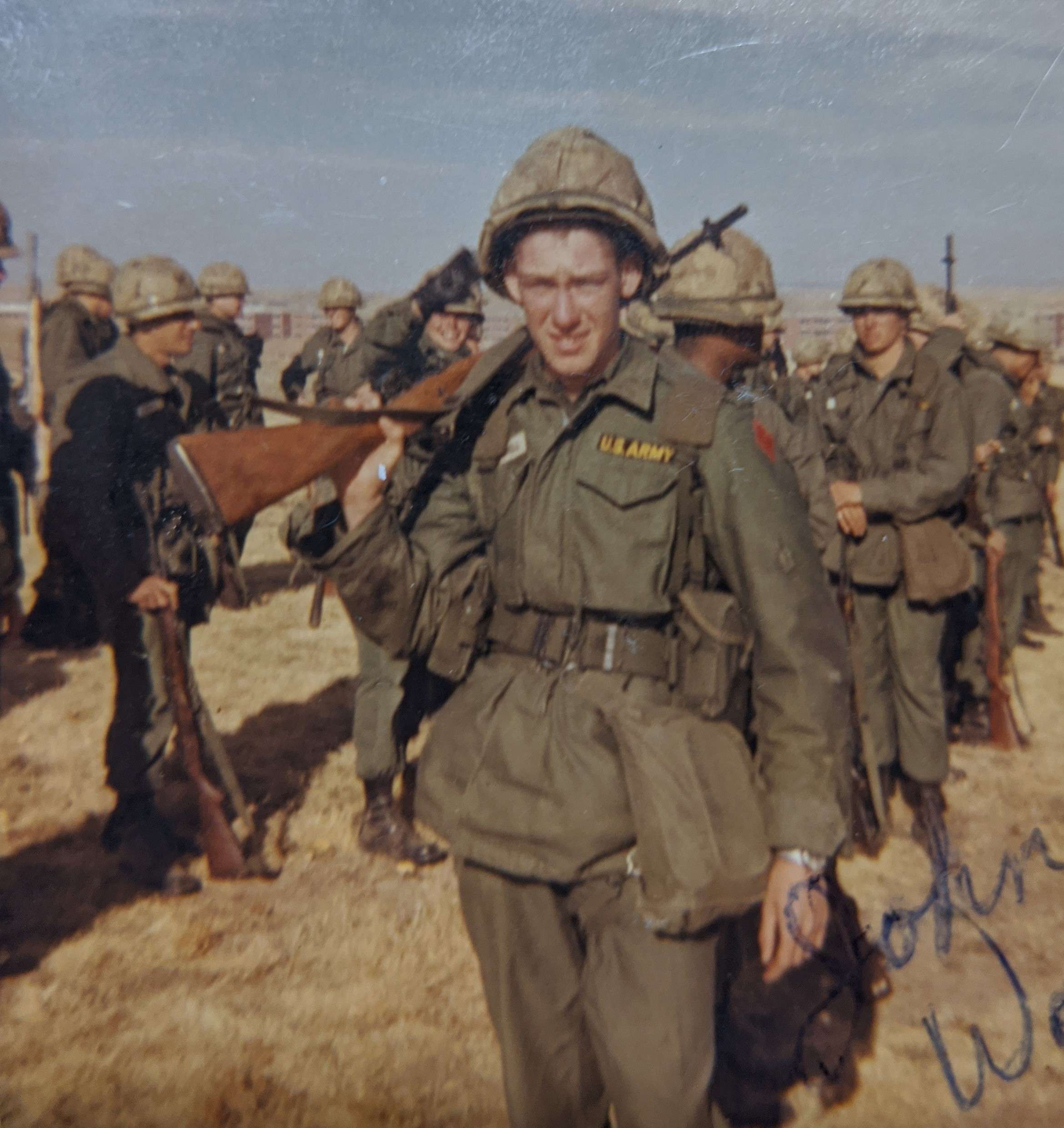 “I believe with all my heart God was watching over me”

At the age of 17, David Gosnell had joined the military to escape foster homes. He started his basic training at Fort Leonard Wood in 1966. That same year, he went through Advanced Infantry Training in Fort Carson. In 1967, he was sent to Germany as part of the Sigma Core. He was then sent to Belgium to set up communications, his MOS being “switchboard operator.” He did this for four months before being called to war in Vietnam. He entered the country in Cam Ranh Bay in January 1968. He was moved to Qui Nhơn for one night, then to An Khê, where he stayed the rest of his time in service, except for several months he spent in Bambi Tuit, serving as a switchboard operator.

Only several days after entering the country, David, along with his friend, Michael Johnson, volunteered to be door gunners. However, their request was denied, officially due to a shortage of switchboard operators. “You are going to thank me,” the captain told the two young men. “Because of the repetition of my training, I didn’t think about what I was doing,” David later said. “When you’re that young, you don’t stop to think about your mortality.” In retrospect, David was very thankful to the captain when he discovered the high casualty rate of those fighting in choppers. “They were coming down like flies.”

The scariest night may have been just a few days after David had arrived at the base. Word spread that an unspecified number of enemy soldiers had gotten past the perimeter. This put everyone on full alert. Every man crowded together in a drainage ditch on the side of the road, their M-14s aimed over the hill. “I expected fifteen hundred men to storm the base,” David said. Eventually daybreak marked the end of the long night and nothing had happened. The men were later informed that it had been only three enemies who had infiltrated the perimeter and were found hiding in the bushes.

Before being called to Vietnam, David had fallen in love with a young Connie Hughes. On his 30-day leave from service in December 1967, He proposed to the love of his life. When David was called to serve in Vietnam, his focus was on returning home safely to marry. David returned home in March 1969. While in service, he had made a pledge to himself that when he returned, he would leave everything in Vietnam and live his life as normal as he could. “Connie’s family made that easier,” he fondly recalled.

“My time in Vietnam made me appreciate being home and how precious life is.” David had fully intended to dedicate his whole life to military service. It was when he returned home and married that he decided he wouldn’t drag a family around the country.

David settled down in St. Louis. He had one son, two daughters, and many grandchildren. He worked in a factory until his retirement and now lives in O’Fallon, MO, caring for his family.

“What still bothers me to this day is all those guys who were killed in the war. Some of them never had a chance. It makes you wonder why.”