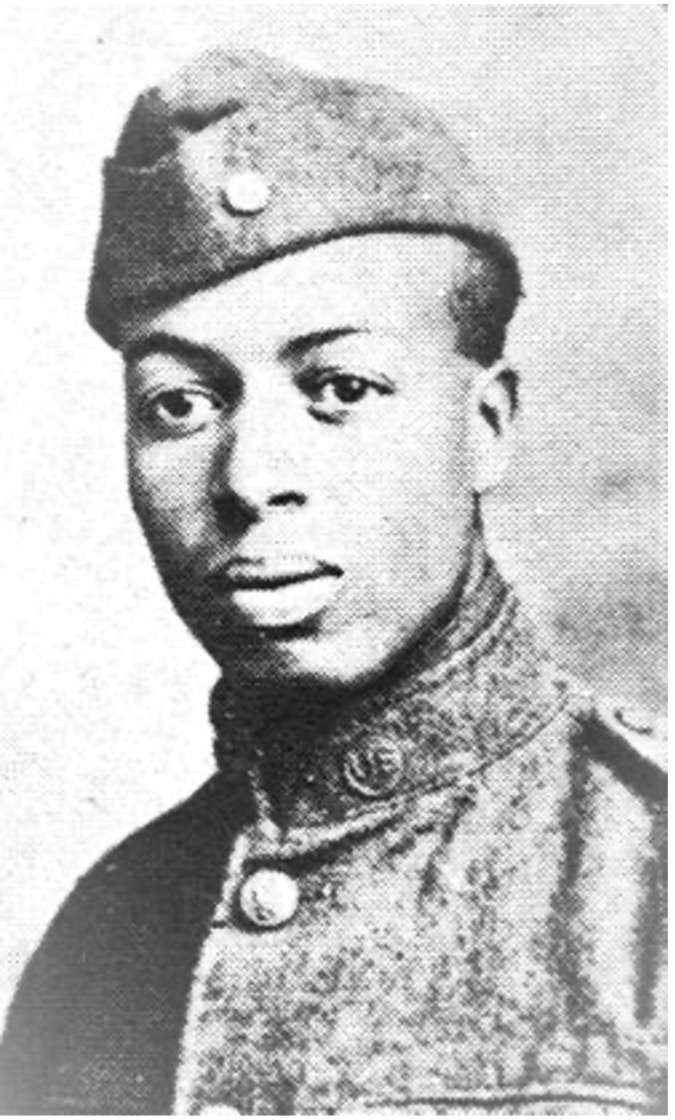 The 370th, 93rd Infantry Division is one of few African American regiments that served in combat in World War I and notably was the only regiment commanded entirely by black officers.  Few people know about this unit of young black men, which served alongside 1st Army during World War I.  The regiment fought in the battle of St. Mihiel, Argonne, and Soissons.  The regiment was nicknamed the blue hats and would wear the distinctive blue helmet patch denoting the wearing of French equipment during the war. Immediately upon the 370th’s return from France, the black communities of Chicago began fundraising to erect a monument to the 370th Regiment, “Black Devils.” The monument was completed in 1928 and dedicated on 11 November, Armistice Day.

Earl participated in the battle of St. Mihiel, Argonne, Soissions, He was discharged 25-FEB 1919.  Cause of death was injuries sustained in an unavoidable car/pedestrian accident at St. Charles Rock Road, west of the West Lake Park in St. Louis County, Missouri on 11-AUG 1934.  He is buried in his hometown of St. Charles in Oak Grove Cemetery.