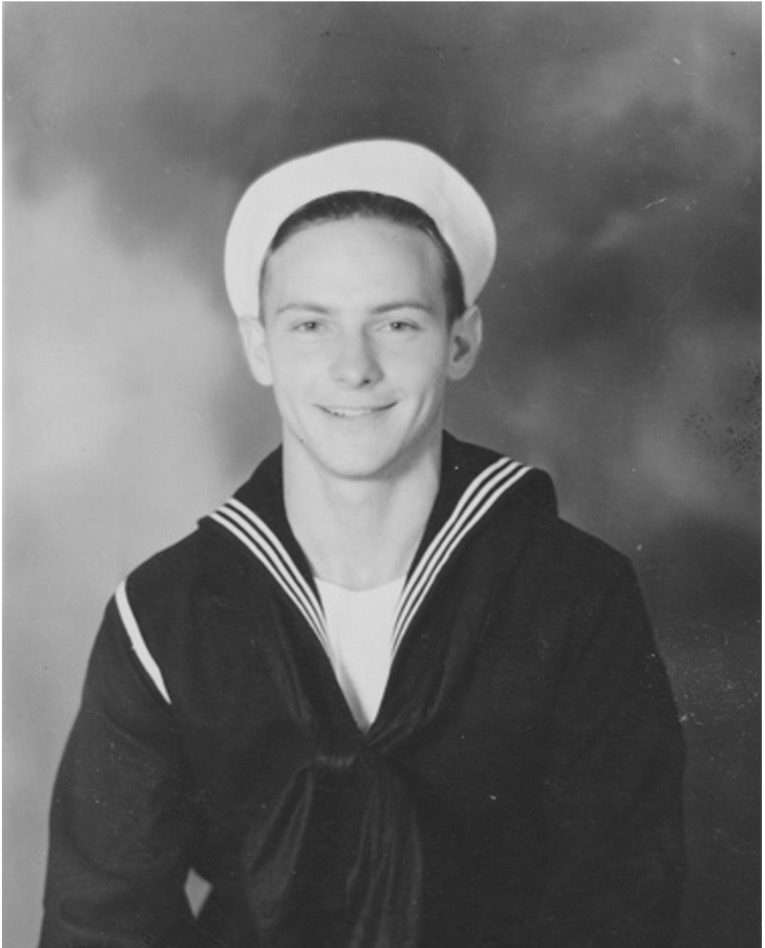 Jim was born in St. Louis and now lives in St. Peters MO. He enlisted in 8-JUN 1942.  He was seventeen years old.  At that time, if you joined the Navy as a minor at 17, you served four years and got credit for six.  Jim reported to basic training at Great Lakes Naval Training Center.  He was making $20 per month.  Later that year, Jim reported to Brooklyn New York.  In August of 1942, Jim received orders to report to the USS Plunkett.  The Plunkett was a Gleaves-class destroyer, capable of 37 knots (42 mph).  The Plunkett was a new age type destroyer that the March 1941 issue of Popular Science dubbed “Light Calvary of the Sea”; the 431st destroyer built.  The destroyers were the “tip of the spear.”  The “grunts.” Destroyers would “screen” the more valuable ships.

After watching the Luftwaffe in action at Gela, Palermo and later Salerno,  Jim wondered, “why wouldn’t the Luftwaffe concentrate on a single ship? Wouldn’t even be more effective?

Little did Jim know the Plunkett would be singled out and targeted by 12-14 German JU 88’s weeks later. The Plunkett would have the distinction of being the most heavily attacked ship in the European Theater during WWII.

Click on the pdf below for the rest of Jim’s story.

Thank You to James Sullivan, author of “Unsinkable.”

The Museum extends much appreciation to the author of “Unsinkable”, James Sullivan.  Sullivan’s great uncle was John Gallagher, water tender 3rd class (on 20 mm gun at general quarters), and best friend of Jim Feltz.  James Sullivan put us in touch with Jim Feltz and offered the use of the property in the book.