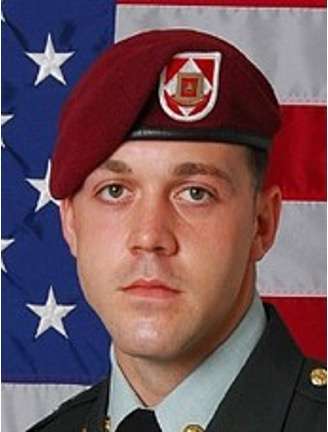 Sgt. Zachary Michael Fisher was born on 2-NOV 1985 in Omaha, Nebraska.  He later moved to St. Louis.  He graduated in 2004 from Marquette High School.  He was remembered at Marquette as a patriotic student with an interest in United States history.  Zachary joined the Army Reserve and then became active-duty Army.  He was assigned to the 27th Engineer Battalion (Combat Airborne), 20th Engineer Brigade (Combat), Fort Bragg, North Carolina.

Sgt Zachary Fisher was killed in action on 14-JUL 2010 during Operation Enduring Freedom in his second tour of active duty.

For the rest of his story, click the link below: