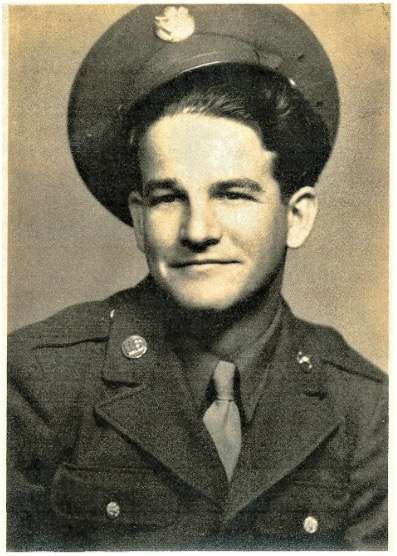 When Woodrow registered for the draft, he was employed by Fraser-Brace in Weldon Springs MO.  Woodrow married Genevieve Marie Ferber (1924-1975).  In 1957 Woodrow lived at 2016 N. Third Street and worked for Curtis-Wright Aircraft Company as an assembler.

Woodrow entered the Army on 16-APR 1943 at Jefferson Barracks in St. Louis. Woody was a member of the 549th Automatic Weapons Battalion.

He manned a .50 caliber machine gun and acted as gunner, loader, ammunition bearer, and spotter on the lookout for approach of enemy planes.

For the rest of Woody’s story, click on the pdf below.