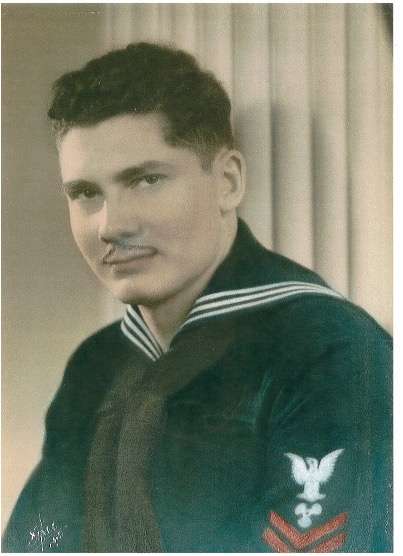 I was always interested in the Navy.  My Dad had served in the British Merchant Marine and German Imperial Navy prior to World War I.  When the war broke out, he was in the Merchant Marine on a British ship.  When the ship entered South Hampton England, all the German sailors were taken prisoners and sent to a prison camp in Australia.  Because he told so many sea stories, it influenced me to join the Navy.  In October 1942, I enlisted in the Navy and was off to boot camp at Great Lakes Naval Training Station in Northern Illinois.

For the rest of Al’s story, click on the pdf below.