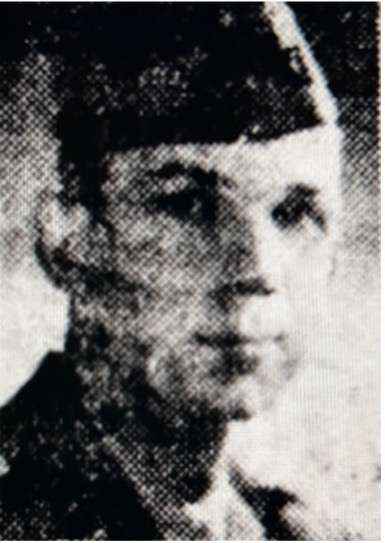 Jack Haisley served as a 2nd Lieutenant in the Army infantry and was reported missing in Luxembourg, 29 miles southeast of Bastogne on 20-DEC 1945 during the Battle of the Ardennes (Bulge).  Later it was reported Jack was a prisoner of war in Stalag 12A in Limburg Germany.  Conditions at Limburg were notoriously bad with next to nothing in the way of facilities. This is partly explained by the fact that Stalag 12A’s primary function was to act as a transit camp which processed newly captured Prisoners of War before distributing them amongst the other, better organized Stalags in Germany.  Typically, a new prisoner would arrive, be interrogated, documented, and moved on within a few weeks, therefore most men did not have to endure this depressing camp for long. Jack was later transferred to Stalag 9-B also known as Bad Orb-Wegscheide located south-east of the town of Bad Orb in Hesse, Germany on the hill known as Wegscheideküppel.  During World War II, more than 25,000 POWs at a time were housed here. An unknown number of those died. A soldiers’ cemetery near the camp holds at least 1,430 dead Soviet POWs, who were treated much worse than soldiers of other nations. Stalag 9-B was also the site of a segregation and removal of Jewish-American troops who, once identified, were transferred to the labor camp at Berga.

Jack was still reported missing on 13-APR 1945.  On 18-APR 1945 he was reported as a prisoner of war by the St. Louis Post-Dispatch.  Jack was returned to military control on 16-MAY 1945 and discharged on 31-OCT 1945.  He married Lela Stewart on 23-FEB 1950 in Houston Texas.  They had one daughter.  Jack and Lela lived with Jack’s parents in St. Louis according the 1950 federal census.   Jack works for the Al Fresco Advertising Company.  Jack Haisley died of natural causes 21-AUG 1952.  He left behind an infant daughter and young wife.  He is buried at Sunset Memorial Park and Mausoleum in Affton MO.