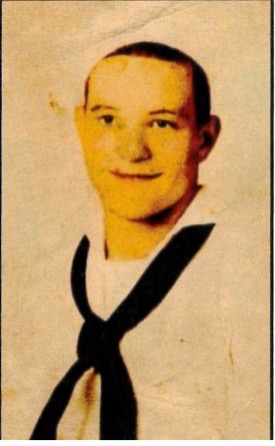 Charles attended Blewett High School on Enright Avenue in St. Louis.  While growing up, Charles found time to box a little.  It was a sport that would serve him well in the Merchant Marines.

He was 18 years old when the war started.  Charles decided to enlist in the Navy on 13-JULY 1943.  He was the first in his family to enter the service.  He was raised in the Midwest and had never seen a ship or an ocean.  He chose the Navy because he thought it would be better and cleaner than the Army.

For the rest of Charles story, click on the pdf below.