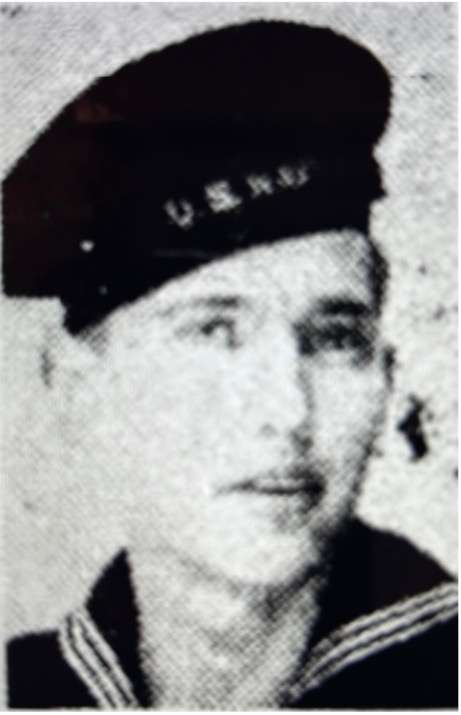 Paul Leo Holden was born 8-FEB 1926 in St. Louis MO.  His parents were Mr. and Mrs. Louis Holden and they lived at 926 LeBeaume Street in St. Louis.  Paul was a Navy Electrician Mate 3C and his service number was 3385430. Paul served on the USS Princeton, CVL-23 an American escort aircraft carrier.

During the Battle of Leyte Gulf, the Princeton fought bravely.  On October 24th the task group was discovered by enemy planes. Shortly before 10:00 a.m. Princeton was attacked by a lone Yokosuka D4Y “Judy”. The dive bomber dropped a single bomb, which struck the carrier between the elevators, punching through the wooden flight deck and hangar before exploding her magazine. Although structural damage was minor, a fire broke out and quickly spread due to burning gasoline, causing further explosions.  The Princeton was one of the six US warships sunk in the Battle of Leyte Gulf.  Casualties from the six ships were 898 killed and 913 wounded.  Princeton contributed 20 fighter planes to the air battle over Leyte Gulf. The first wave of 40 to 50 Japanese planes was intercepted and their attack broken up with many enemy losses. A second group of about 30 enemy aircraft quickly took to the air. Out of the two waves, Princeton‘s planes alone shot down 34 enemy aircraft with a loss of only one.

The Princeton suffered 229 killed including Holden and 211 seriously injured.   She was later scuttled by American cruisers.  Paul was killed in action on 24-OCT 1944 and was buried at sea.  Paul is memorialized at Manila American Cemetery and Memorial also known as Fort William McKinley Cemetery.