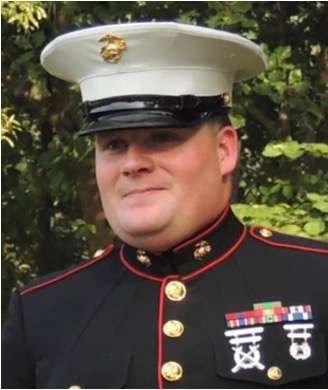 Taylor Hoover was assigned to the 2nd Battalion, 1st Marine Regiment, 1st Marine Division, I Marine Expeditionary Force, at Camp Pendleton. His unit deployed to Kabul to support evacuation efforts.  Taylor Hoover served in the Marines for 11 years and was on his third tour in Afghanistan when he was killed.  He died after a suicide bomber detonated explosives outside Kabul’s Hamid Karzai International Airport Kabul, Afghanistan. 26 Aug 2021 in Kabul, Afghanistan.  He was 31.  Darin was engaged to Nicole and planned to be married when he returned from Afghanistan.

His awards and decorations include:

He is buried at Arlington National Cemetery.