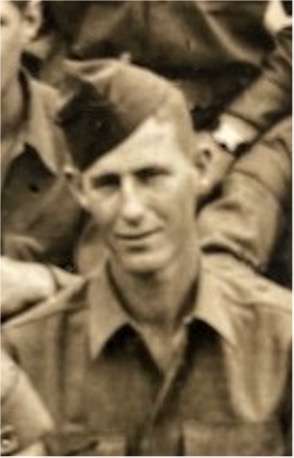 Lawrence Edward Huff was born on 13-AUG 1922 in Marion, Illinois.  He later lived in Goreville, Illinois just south of Marion.  His father was Mitchell Cullom Huff (1888-1954) and his mother was Elizabeth Francis “Lizzie” Keith (1892-1969). Lawrence had two sisters: Dora and Myrtle and three brothers: George, Andy, and Willie (Frank).  All the brothers served in World War II.  George served in the Air Force, Andy was in the Army in the Pacific theater, while brother Frank served in the Army in Europe.  Frank and Lawrence were able to share a foxhole overnight on several occasions as their units were close by.  During the war, Lawrence was with the 104th Infantry Division. The Timberwolves.  At one point, Lawrence and the Timberwolves were in combat 195 days in succession.

For the rest of Lawrence’s story, click on the link below.