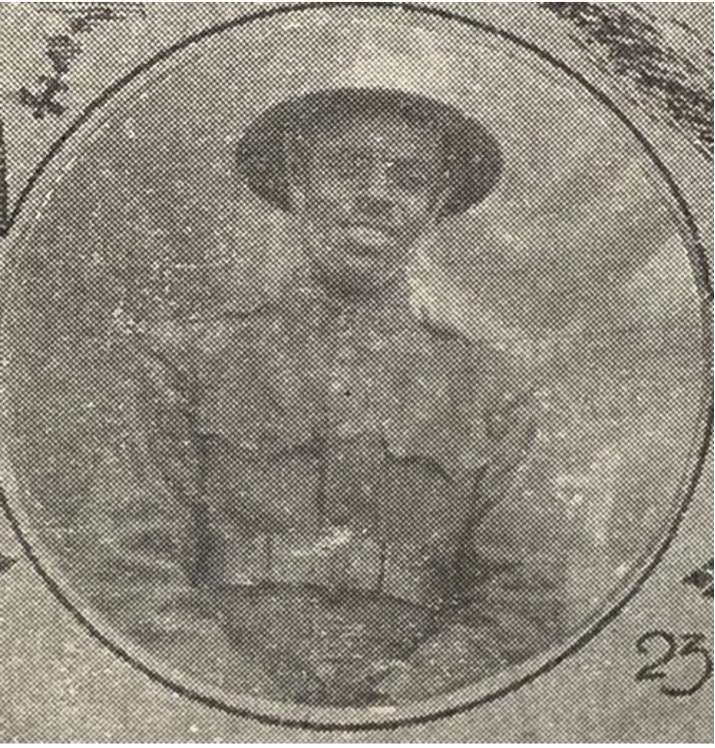 Alvin Dewill Jenkins was born 27-AUG 1896.  He lived in St. Charles MO.  His parents were Lewis and Minnie Jenkins.  Alvin registered for the World War I draft in 1917.  He lists his occupation as laborer with the American Car and Foundry in St. Charles MO.  He was single.  He entered the service 15-DEC 1917.  He served in the 3rd Class, 370th Infantry, 93rd Division Band.  He went overseas 3-APR 1918.  Most of the 93rd, and the entire 370th Infantry Regiment saw heavy combat action alongside French forces during the Meuse-Argonne offensive. The Meuse-Argonne Offensive began in September and ended with the Armistice on 11-NOV 1918.  The Germans would later nickname the Blue Hats of the 93rd, “Black Devils.”  They quickly dispelled the American Army’s belief that they were inferior soldiers as they heroically and valiantly fought in fierce combat throughout the war.