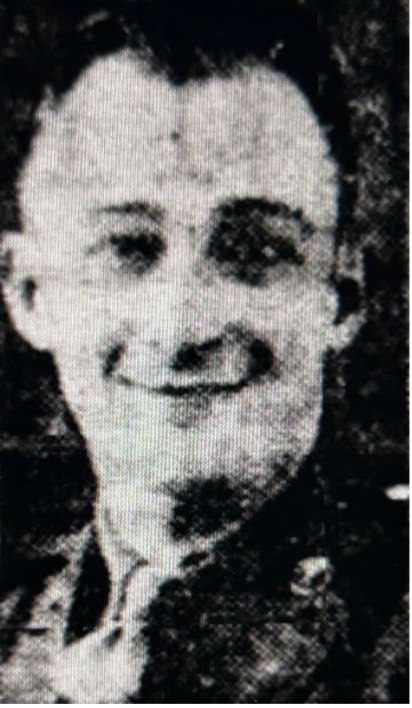 Stanley J. Kuszaj born 9-APR 1914.  His father was Michael Kuszaj (1887-1961) and his mother was Anna Mocha Kuszaj (1888-1973).   He had three brothers: Joseph, Francis, and Louis and one sister; Angeline.  When Stanley registered for the draft, he lived in St. Louis and worked at Emerson Electric.  Stanley joined the Army and served in the 112th Infantry Regiment 28th Infantry Division.  His serial number was 37181930 and he was a medical corpsman.  He was reported missing on 20-DEC and later confirmed killed in action on that day.  During December 1944, the 112th Infantry Regimental Combat Team was holding a 6-1/2-mile-long sector which the Germans attacked with nine divisions.  Tsgt. Stanley Kuszaj was killed in action 20-DEC 1944. The Post-Dispatch reported published he was killed in action on 7-APR 1945.  He is buried in Henry-Chapelle Cemetery Belgium.  Later the unit was awarded the Distinguished Unit Citation for its actions during the Battle of the Bulge, from 16 to 24 December 1944.