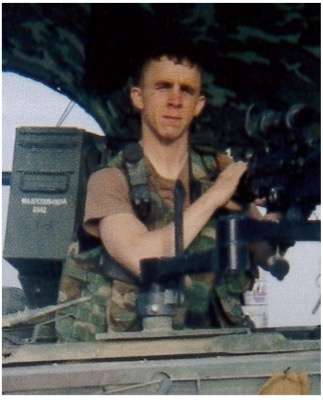 John entered the Army in 2001.  He served in the role of Anti-Armor Weapons Crewman in the 101st Airborne. In early 2003 the entire 101st Airborne Division deployed to Kuwait in support of Operation Iraqi Freedom.  John was in the firefight that claimed Qusay and Uday Hussein’s lives began on 22-JULY 2003.

For the rest. of John’s story, click on the pdf below.