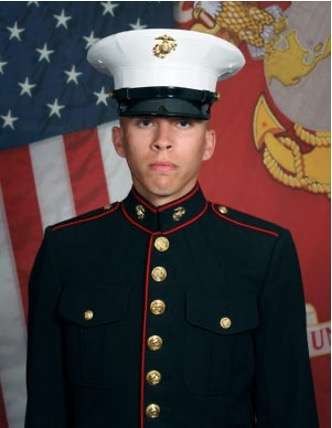 Lance Cpl. Dylan R. Merola was born 23-APR 2001 in Rancho Cucamonga, California.  His mother was Cheryl Rex.  He had one sister Olivia and two brothers: David and Branden.  His father David Dean Merola Sr. died in 2004.

Merola was a graduate of Los Osos High School in Rancho Cucamonga, California.

Dylan Merola’s decision to go into the military was motivated by his two great-grandfathers who were Korean War veterans. Merola was assigned to 2nd Battalion, 1st Marine Regiment, 1st Marine Division, I Marine Expeditionary Force out of Camp Pendleton, California. The mission in Kabul was Merola’s inaugural overseas tour, upon return from which he had expected to buy his first car and apply to college studying engineering, according to his grandmother.

Dylan’s platoon sergeant told his brother, David Merola Jr., who lives in Jefferson County, that Dylan had just lifted a child over a gate to safety and was going back for another person when authorities say the deadly attack was carried out by the Islamic State group.

Dylan Merola likely was awarded the following medals and ribbons: