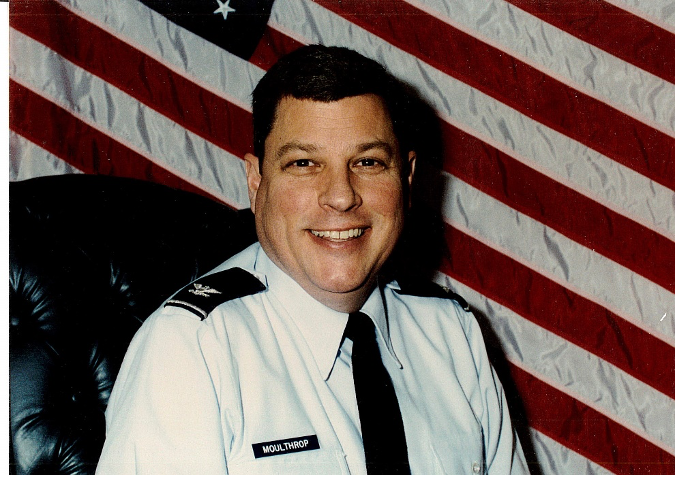 In 1968 Roscoe joined the Air Force.  Moulthrop spent the next eight years as a missile launch officer and on the wing staff at McConnell Air Force Base, Kansas and Malmstrom Air Force Base, Montana.

In 1993, Roscoe began his last assignment, as Wing Commander of the 44th Missile Wing with the Twentieth Air Force, at Ellsworth AFB, South Dakota.  By this time his missile experience included the Titan II, Minuteman and Peacekeeper.  On 4-JUL 1994, the 44th was to be deactivated.  Colonel Roscoe Moulthrop spoke at the Deactivation Ceremony retelling the storied history of the 44th.

Colonel Moulthrop served in the US Air Force for 27 years.

Click on the pdf for the rest of his story.