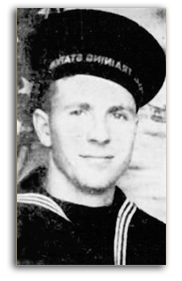 Noble Burnice Harris was born on July 9, 1918. Missouri and St Charles is listed as his home town.  Noble enlisted January 9, 1940 in the Navy.  He attended boot camp at the Naval Training Center, Great Lakes, Illinois.  Noble’s occupational specialty was Coxswain. Coxswain work with canvas, handled boats and knew signaling.  Noble was officially assigned to the USS Arizona (BB-39) beginning March 26th, 1940.  The USS Arizona was a Pennsylvania Class Battleship built for the US Navy in the 1910’s and launched in 1915.  Noble would serve briefly during World War II before war was declared.

Noble is honored and remembered at the St. Charles County Veterans Museum on the Wall of Honor.