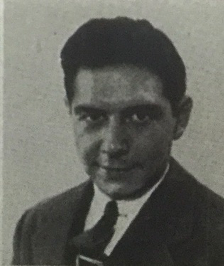 Norman A. Reimer was born 23-OCT 1925.  He lived at 716 S. 5th Street, in St Charles MO.  Norman attended St Charles High School and went on to work at St Louis Car Company at Baden Station, in St. Louis.  Norman was the son of Mr. Emil C. Reimer and Marie Josephine Wyhs Reimer.  Norman had two brothers; Emil and Norbert and one sister, Margie.

He registered for the draft 23-OCT 1943. Norman was 19 years old when he enlisted 2-FEB 1944 at Jefferson Barracks in St. Louis.  Norman was a private first class in the US Army, 18th Infantry Regiment, 1st Infantry Division. The 18th Infantry Regiment was part of the landing forces that participated in the initial assaults on Omaha Beach, Operation Overlord on 6-JUN 1944. The 18th Regiment was part of the 1st Infantry Division, the illustrious Big Red One that stormed Omaha Beach. The First Division is the oldest continuously serving in the Regular Army.  Their motto is, “No Mission Too Difficult. No Sacrifice Too Great. Duty First!”

Easy Red was the codename for a stretch of beach on Omaha and was the most heavily contested with the only possible exception of Dog Green (another sector on Omaha Beach).  Norman Reimer would survive Omaha Beach and the Battle of the Bulge, but later was reported as missing in action since 2-FEB 1945.  On 28-FEB 1945, the Post-Dispatch reported, “previously reported missing in action, is now listed as safe according to an official government notification.”

After the Battle of the Bulge, the 1st Infantry Division attacked across the Roer River and drove to the Rhine River.  Crossing the Rhine River at the Remagen bridgehead secured by the 9th Armored Division, the 1st Infantry Division participated in the encirclement and reduction of the Ruhr, drove across central Germany, and cleared the Harz Mountains region.  It was during this action that Norman A. Reimer was killed in action 8-APR 1945.

Norman A. Reimer is buried in St. Peters Cemetery in St. Charles MO.

Norman is honored and remembered at the St. Charles County Veterans Museum.