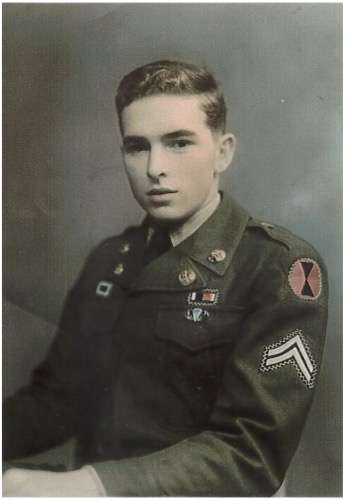 Donald enlisted on 15-NOV 1948, when he was 17 years old.  At the time of his enlistment, he lived in Portege de Sioux.  Donald served in the 17th Regiment, 7th Division.  He attended basic training at Camp Chaffee Arkansas. Following the Japanese surrender in 1945, the 7th division was stationed in Japan, and later Korea.  He was deployed to Sendai Japan.

Donald often reflected on his experience of being a young midwestern man on a “military ship passing under the Golden Gate Bridge on its way across the Pacific Ocean to a country he really knew very little about.”

For the rest of Donald’s story, click on the pdf below.