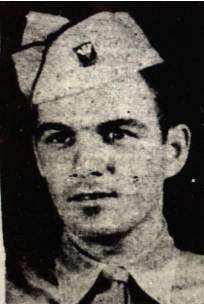 Robert F. Wilson went on to serve in Korea and the World War II.  His occupational specialty was light weapons assault infantryman.  Sergeant First Class Wilson was a member of the 5th Cavalry Regiment, 1st Cavalry Division.  His service number was 20728234.  Robert would fight in the Battle of Pusan in South Korea. The Battle of Pusan Perimeter was a large-scale battle between United Nations and North Korean forces lasting from 4-AUG to 18-SEP 1950. The “Pusan Perimeter”, was a 140-mile defensive line around the southeastern tip of the Korean Peninsula. It was one of the first major engagements of the Korean War. An army of 140,000 UN troops, having been pushed to the brink of defeat, were rallied to make a final stand against the invading North Korean army of 98,000 men. At the end of the battle, each side had over 60,000 casualties of those killed, wounded or captured.

Robert was interred at Jefferson Barracks National Cemetery nearly a year after his death on 18-JUL 1951.

The President of the United States of America (Harry S. Truman), authorized by Act of Congress July 9, 1918, takes pride in presenting the Silver Star (Posthumously) to Sergeant First Class Robert Francis Wilson (ASN: RA-20728234), United States Army, for conspicuous gallantry and intrepidity as a member of Company I, 5th Cavalry Regiment, 1st Cavalry Division, in action against the enemy on 18 September 1950 near Taegu, Korea. When the enemy, who had succeeded in effecting a penetration of his company’s defensive perimeter, attacked with hand grenades at very close range, Sergeant Wilson aggressively led his mortar section forward to plug the gap. Although the enemy had numerical superiority, Sergeant Wilson’s fearless conduct and exemplary leadership instilled such fury in his men that they hurled the enemy back. Then turning his attention to the wounded, Sergeant Wilson began to administer medical aid. When the enemy began placing mortar fire into the area, he remained with the wounded although his foxhole was only five yards away. It was while he was trying to comfort and save his wounded comrades that Sergeant Wilson was hit and killed instantly. Sergeant Wilson’s conspicuous gallantry and selfless consideration of others, at the cost of his own life, reflected great credit upon himself and his actions were in keeping with the highest traditions of the military service.