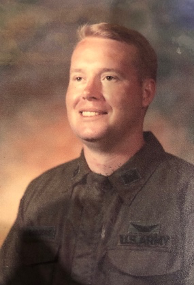 Roger P. Rodgers was born 28-FEB 1944.  Roger was drafted and served in the U.S. Army from February 1966 to September 1978 attaining the rank of Major.  He attended basic training at Fort Knox Kentucky and advanced training at Fort Leonard Wood Missouri.  After attending officer training at Fort Belvoir Virginia, he graduated and was commissioned a 2nd Lieutenant.

Rodgers served in Vietnam from JUN 1968 to JUL 1969 in the South Mekong Delta as Commander of Headquarters Company, 93rd Engineer Battalion a (construction). The Mekong Delta was in Southwestern Vietnam south and east of Ho Chi Minh City (formerly Saigon).  The Mekong Delta was the main transportation rivers, swamps, islands and streams and contained over 3,000 miles of waterways.

Roger Rodgers returned for a second tour in Vietnam as a helicopter pilot and platoon leader with the 101st Airborne Division and the 1st Calvary Division where he flew Chinook helicopters.

After returning from Vietnam, he served as an advisor to the US Army Reserve Opalocka Air Station in Miami Florida before receiving orders for Germany.  In Germany, Rodgers was in command of “A” Company, 205th Transportation battalion in Hanua Germany.

Roger P. Rodgers resigned from the Army in September 1978.

During his twelve-year career, Rodgers earned:

Later in life, Roger was awarded 100% disability from the Department of Veterans Affairs for health conditions related to his military service.

On display at the museum is Roger P. Rodgers flight suit, technical manuals and uniform.  For more information, click on the pdf below.