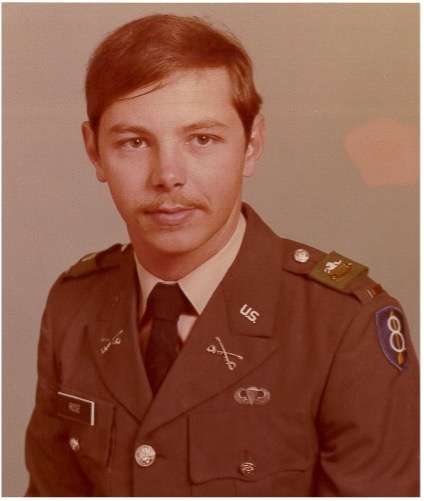 David began his Army career at West Point, training to be an officer in the United States Corps of Cadets. To secure an offer of an appointment to West Point, one must first be nominated.  Typically, a request is sent to both U.S. Senators from your state and your Congressional representative in the House of Representatives.   While they may choose to nominate or endorse a candidate, not all nominees receive offers.

David was nominated by William Raleigh Hull, a Congressman from Missouri.  Hull was the representative for Missouri’s 6th congressional district, a Democrat serving from 1955 to 1972.  West Point admissions is extremely selective, with an acceptance rate of only 9%. Students that are admitted into West Point have an average SAT score (Scholastic Aptitude Test) between 1210-1440 or an average ACT score (American College Testing) of 28-33.  For a school as selective as West Point, you’ll also need to impress them with the rest of your application.  West Point’s Military Program provides an outstanding professional foundation focused on education in the American military ethic, and the Army’s core values, along with training in individual and small-unit leadership skills.

In 1969, America was going through very turbulent times.  War protests were common and David recalls, the Woodstock Music Festival was going on during his time at West Point. The Woodstock Music and Art Fair, commonly referred to simply as Woodstock, was held August 15–18, 1969, on a dairy farm in Bethel, New York, 40 miles southwest of the town of Woodstock.   One of his classmates went AWOL (Away without official leave) to attend the concert.  The Vietnam-era antiwar movement may count as the largest sustained protest movement in the history of the United States. David recalls one autumn when 20,000 protesters of the war gathered at West Point.

David referred to his rank at West Point as a “Snuffy Sergeant, a rank with no responsibilities.”  Upon graduation, David was commissioned as a Second Lieutenant in the Army.

For the rest of David’s story, click on the link below.