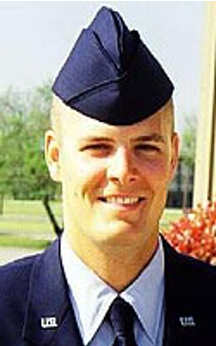 Honoring Those Who Died While Serving Our Country 21-OCT 2004

Jesse Monroe Samek was born 3-JAN 1984 in O’Fallon MO.  He enlisted 18-FEB 2003.  His parents were Gavin Glen Samek and Julie Nell Burkemper Samek.  He had one brother, Benjamin David Samek. Samek’s family moved to northwest Arkansas in 1997 from O’Fallon. He graduated from Rogers High School in 2001 and attended the University of Arkansas for a year before deciding to join the Air Force in FEB-2003.  Jesse was an Airman 1st Class-E-3 and assigned to the 66th Rescue Squadron at Nellis Air Force Base, Nev., just outside Las Vegas.

Jesse Samek worked for months in a training program and became a member of an elite group that qualified for the rescue duty as a flight engineer on a HH-60 Para Rescue helicopter.

He died 21-OCT 2004 the day after his rescue helicopter crashed in Afghanistan during a medical evacuation.  He was 21.  Two other airmen were injured in the crash, one critically. Military officials said technical problems brought down the HH-60 helicopter, which was carrying a wounded Afghan election worker.  A presidential election worker had been accidentally shot by a guard earlier in the day, and Samek’s helicopter was transporting the man for medical treatment.  The crash occurred in the Herat province, 105 miles east of Shindand during Operation Enduring Freedom.

Jesse was awarded the Air Medal for Valor. The Air Medal is awarded for meritorious achievement while participating in aerial flight or for a single act of heroism against an armed enemy.  A U.S. Air Force camp was named after him at the Kandahar Airfield in Kandahar, Afghanistan.

The family said in a statement, “He loved that his job was to do rescues and saving people in this war-torn world.” A friend, David Dezarov, a scout with the 1st Armored Division based in Germany, returned to Arkansas aboard the aircraft that carried Samek’s body said, “The hardest thing I’ve ever had to do was spend the last four days with him and not saying a word.”  He recalled a gesture by the pilot of the plane carrying Samek’s body on a flight from Atlanta to Tulsa.  He circled Rogers for 10 minutes as a tribute to the young man who had graduated from high school there in 2001.