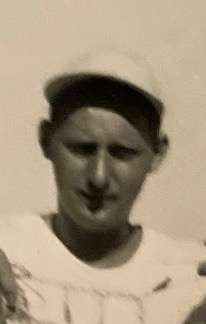 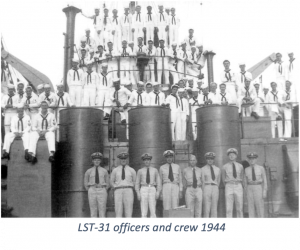 On 26 AUG 1943, Proka joined the Navy.  It is uncertain whether he joined or was drafted.  After Boot Camp (likely at Great Lakes Naval Training Center) he was assigned to the USS Biloxi 19-DEC 1943.   The USS Biloxi (CL-80) was a United States Navy Cleveland-class light cruiser, the first ship named after the city of Biloxi, Mississippi.  The light cruiser fitted out at Norfolk until 17 September when she began shakedown training in the Chesapeake Bay. Passing through the Panama Canal on 24 November, USS Biloxi (CL-80) arrived in San Francisco on 4 December. Proka went aboard the U.S.S Biloxi on 19-DEC 1943 as a Fireman 3rd Class.  A fireman would work on the ship’s engines and their auxiliary machinery, ensuring they ran correctly and performing maintenance.

Proka would later be transferred to LST-31 and serve until January 1946.  His ship would earn five battle stars. 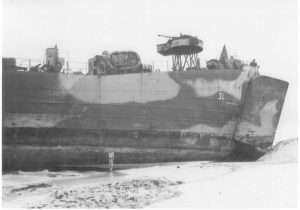 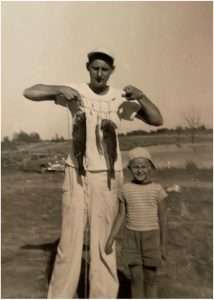 For the rest of his story, click on the pdf below.