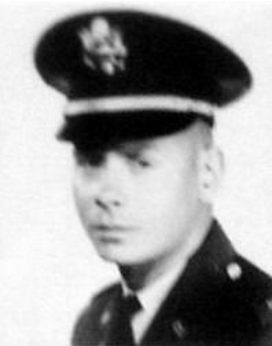 You Are Not Forgotten!

Steve Neil Bezold served in the 108th Artillery Group at Dong Ha, South Viet Nam. He flew as an Aerial Observers (A/O) in the back seat (behind the pilot) of an O-1E single engine fixed wing observer aircraft called the “Birddog.”

Their job was, among other things, to fly the North Vietnam side of the DMZ and adjust artillery and naval gunfire on targets while the pilot both flew the aircraft and called in high performance aircraft (jet fighters) to drop bombs or make strafing runs.

On the day Steve and his pilot, Major Don Harrison (#40W-53 on the wall, next to Steve) were shot down, they were flying west of the coastal flat land in hilly terrain. They spotted something and went a little lower to take a look. What they didn’t see was a quad 50 on the hillside. They were trying to climb out of the area (gain altitude) when they were hit and, because their airspeed was slow due the climb, they made an easier target then usual; they were also too close to the ground to dive and effectively maneuver (their only defense when under fire).

“In less than 2 hours I flew the spotter mission and found the aircraft. The fuselage was intact, but there were no radio transmissions, and we could not see either the quad 50 or any movement on the ground. We spent the entire 3 hour mission trying to spot survivors or enemy movement before we had to RTB (return to base) for fuel. Both Marine and Army units volunteered to go in after them, but there was no intel to identify where they were, and the area was in the heart of the bad lands.  Two days later (10/31/68) we constructed a 4’ iron cross (crucifix), put a streamer on the top to keep it upright, and dropped it over the site.”

The next day, 11/1/68, President Johnson called a bomb halt on North Vietnam and American planes were not allowed in North Vietnam airspace for 3-4 weeks.  In about two weeks John’s unit received an unconfirmed report that an unnamed marine unit (Pathfinder or Long Range Recon) had gotten to the site and confirmed that:
a. the fuselage was intact
b. there were no bullet holes or blood in the cockpit.

Steve is my 2nd cousin, I have never forgotten about him, our whole family pray for him and his dear parents and sister.

I have Captain Bezold’s bracelot on today.  I do not know Captain Bezold, I just know he is someone’s son that has not come home yet. I still have his bracelet on. I have had it on for 41 years and will till he comes home. I will pass it on to my family member if I can no longer wear it so they can till Captain Bezold returns. Steven, You are gone, but not forgotten. You are in my prayers every day.

On the afternoon of October 29, 1968, 1LT Donald L. Harrison, pilot, and 1LT Steven N. Bezold, observer, were flying in a Cessna O1G Bird Dog observation plane (tail #57-6027), with another O1G on an artillery adjustment mission over the DMZ.

The northern aircraft, while observing for a pair of fighter aircraft on a gun position, had a malfunction and could not mark the target, so the observer pilots agreed to trade area locations. During the change, as the aircraft passed each other, 1LT Harrison’s plane was hit in the left rear cockpit area, between the pilot and the observer. The aircraft continued straight for a few seconds, and then started a slow descending right turn.  The turn became tighter as the descent rate increased until impact. There were no radio transmissions from Harrison’s plane after it was hit.

Due to approaching darkness, and the difficulty in locating the crash site, only an electronic search could be made that night. The next day, the downed plane’s wing and fuselage were located and vehicle tracks around the wreckage were seen. It appeared that the wreckage had been moved to a more visible location in order to draw rescue aircraft into a trap. As aircraft went near the wing, intense anti-aircraft fire was received. No contact was ever made with the crew. The area was never searched because of intense hostility in the area.

When 591 Americans were released from Vietnamese prisons at the end of the war, Bezold and Harrison were not among them. They are among nearly 2400 who are still missing in Southeast Asia. Tragically, over 10,000 reports relating to Americans prisoner, missing, or unaccounted for in Southeast Asia have been received by the U.S. Government, convincing many experts that hundreds of Americans are still alive, waiting for their country to come for them. Steven Bezold and Donald Harrison could be among them. It’s time we brought our men home.