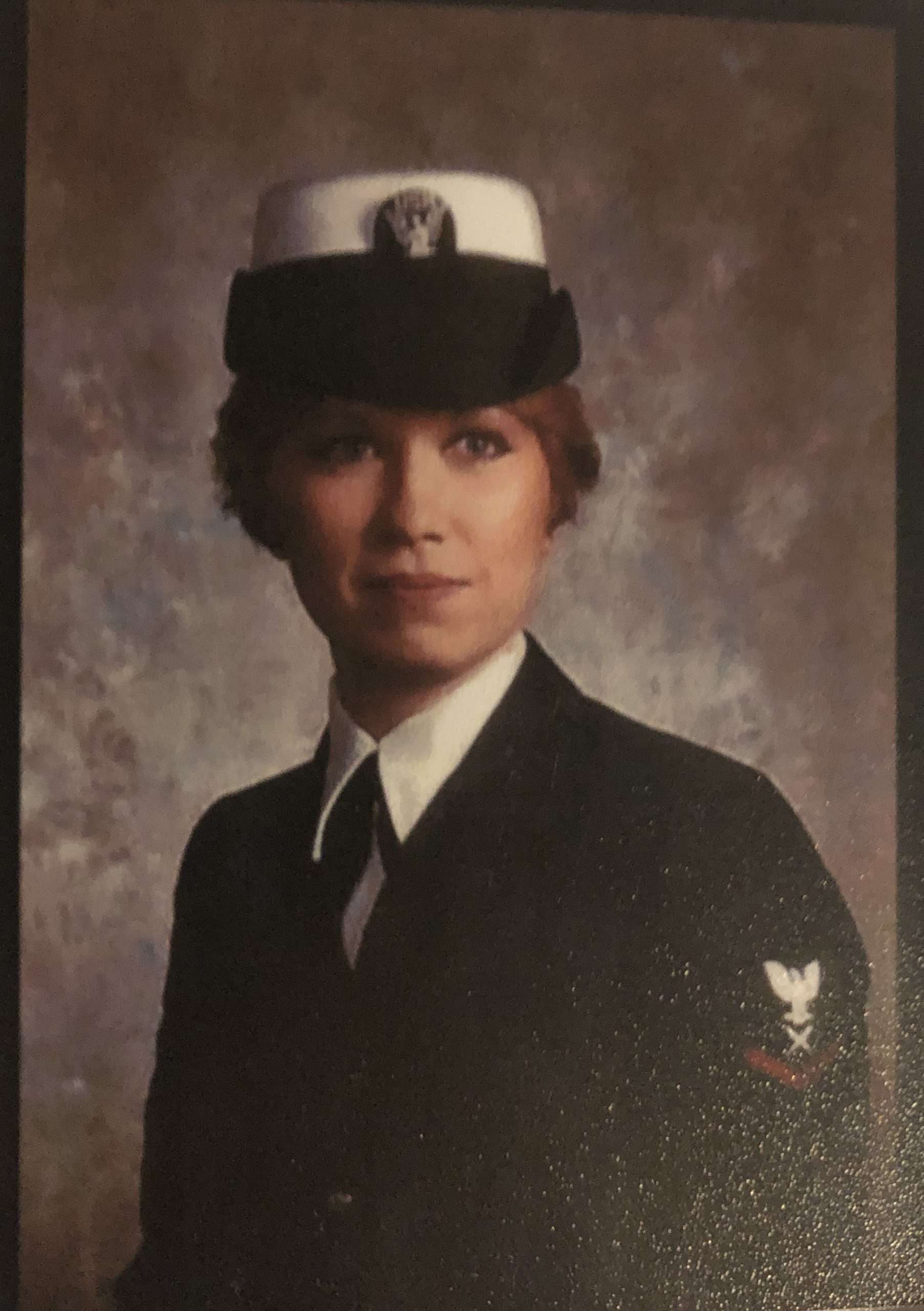 Terri Violet joined the Navy serving as active duty in July of 1991 as Seaman Recruit, Company K101 in Orlando Florida. While in Boot Camp, Terri auditioned and was chosen to be part of the Blue Jacket Choir. The choir sang for each bootcamp graduation.

After bootcamp, Terri attended Yeoman “A” school NTTC Meridian Mississippi earning YNSA. Once again, Terri was chosen to sing in a choir. This time, the Navy Choir while she went through her training.

Terri was later transferred to the Advanced Electronics School, Servide School Command in San Diego. Her duties included administration and indoctrinating all new students from every branch of the military. While serving at this duty station, Terri was recommended for advancement under the Command Advancement Program (CAP). Terri went through multiple interviews and earned advancement to Yeoman 3rd Class.

Terri stayed on this base and in this school until the completion of her active duty in 1985. Terri was released from active duty to the USNR, then Honorably discharged in 1987 earning a good conduct medal.

Today, Terri serves on the Executive Board of the St. Charles County Veterans Museum and is an Alderwoman is St. Peters MO.