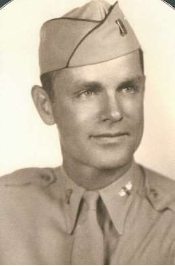 Arthur Everett Tucker was born 30-JAN 1915. His parents were Sewell Edward Tucker (1882-1962) and Della Mae Bond (1885-1950). He had five brothers; Elvin, George, Morris, Cleveland and Orville and two sisters; Lorain and Stella. The family lived in St. Charles MO. Tucker was a Lieutenant, Flight Officer, 554th Army Air Forces Base, Beane Field, British West Indies. Before joining the Air Corps, he was employed at the Lockheed Aircraft Company in Burbank CA. according to his draft registration. He was a civilian flight instructor for the Army for a year before he joined the service.

Local newspapers reported: “Flight officer 1st Lieutenant Arthur E. Tucker an Army Ferry pilot was killed Thursday in a plane crash in the British West Indies. He was killed in a mid-air collision with Flight Officer Francis L Cooper and crashed at sea offshore from St. Lucia. Another airman was killed in the same crash. He died 2-NOV 1944. When he died, Tucker 28 was attached to the Fourth Ferrying group with headquarters in Memphis TN and had been based in the West Indies for 4 months. His death was listed as a non-battle death (DND). His wife Mrs. Louise Tucker lives in Burbank California.