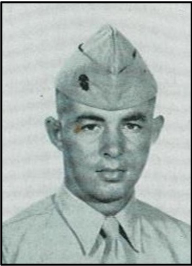 Walter Ruben Shortt was born on April 1, 1943. He lived in Augusta MO, St Charles County. His father was Millard Earl Shortt.  His mother was Helen Virginia Moore Shortt.  He had one sister, Betty.  He was single when he joined the Marines on 16-AUG 1963. Walter came home on furlough on 22-DEC 1964 to spend time with his family.  His tour began on 15-JUNE 1965. His occupation or specialty was machine gunner.  He became a Corporal and squad leader in May 1965 who served in weapons platoon of Kilo 3/5, Bravo 1/9, and Kilo 3/1 (Company K, 3rd Battalion, 1st Marine Division).

On the night of 18/19 March the Vietcong 1st Regiment overran the ARVN 936th Regional Force Company outpost at Hill 141 northwest of Quang Ngai.  The ARVN 2nd Division commander decided to send a reaction force to retake the outpost.  The battle to retake the outpost was code named, “Operation Texas” and lasted from 20-MAR to 25-MAR 1966.

On the morning of 21-MAR 1966, 3rd Battalion, 7th Division (3/7) Marines moved southeast from Hill 141, while  the 2nd Battalion, 4th Marine Division (2/4) was landed by helicopter southeast near the hamlet of Phuoc Dinh.  The helicopters carrying (2/4) were met with heavy machine gun fire and Company F, the first to land had to repulse Vietcong attacks at the landing zone. Artillery fire was called in on Phuoc Dinh and at 12:30 2/4 Marines began their attack on the village.  As the Marines began their assault on the village helicopter gunships from VMO-6 (Marine Observation Squadron) saw numerous Vietcong moving within defensive positions and the Marines were met by intense small arms fire. Company E penetrated the first layer of defenses but soon discovered three more lines of bunkers and barbed wire.  Company D was unable to penetrate the defenses. The 2/4 Marine command group was caught in a crossfire which killed or wounded 14 Marines.   Their commander called for napalm strikes immediately in front of his positions. By 16:00, 51 airstrikes and 1346 artillery rounds had been directed against the Vietcong positions and 2/4 Marines were able to disengage.

At 16:00 the operational reserve 3rd Battalion, 1st Marines (Walter Ruben Shortt’s 3/1 unit) were deployed by helicopter to Xuan HOA hamlet 1.5 km southeast of Phuoc Dinh.  As they approached the landing zone a UH-34 from HMM-163 was hit by machine gun fire and crashed killing 7 Marines and 3 crew.  As they approached Xuan HOA, the force encountered well entrenched Vietcong who engaged them until nightfall when they slipped away.

It was during this battle, on 21-MAR 1966 Walter Ruben Shortt was killed.  He served in Vietnam for 10 months.  He is buried at Jefferson Barracks National Cemetery.  Walter is Honored on  panel 6E, line 35 of the wall.

Walter is honored and remembered at the St. Charles County Veterans Museum.