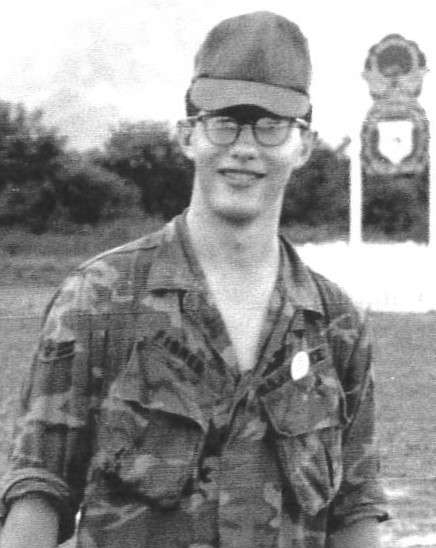 Bill had a belief that serving your country was important. Bill’s brother-in-law was called up during the Cuban missile crisis in 1962. President Lyndon B. Johnson (1963-1969) vowed, we have to take a stand against communism. Many Americans agreed. Bill didn’t second guess the president, took him at his word, and decided to join the military.

Bill was an Air Force Sentry Dog handler at Phan Rang Air Base during the Vietnam War.  Each night they would go out beyond the fence line (our guns to their back), trying to detect the enemy. Here he recounts several stories of how his dogs, Wolf and Rex, each saved his life while on patrol.