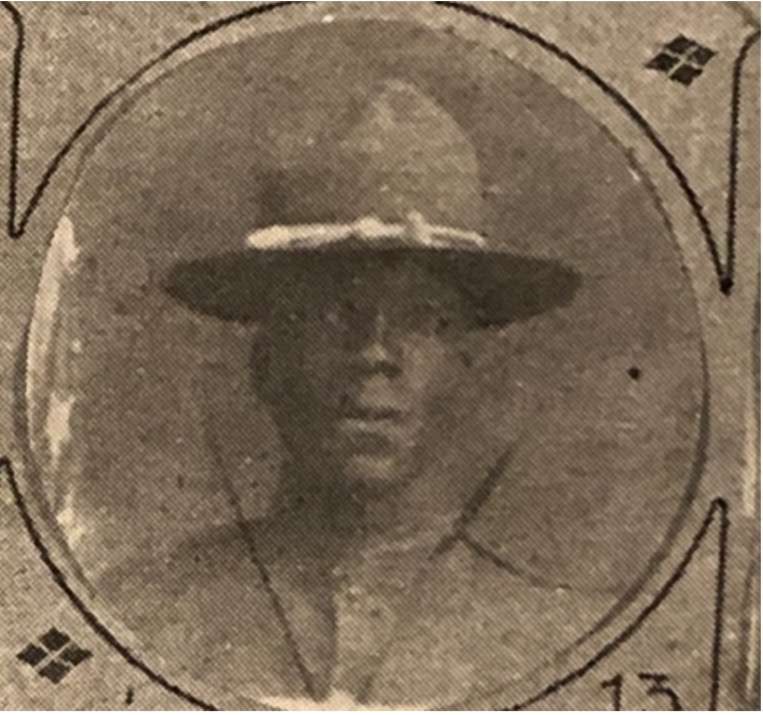 Arthur Boyd Winn was born 27-FEB 1896, His father was Abraham Winn, and his mother was Nora McGown.  He had ten siblings including half siblings.  He enlisted 14-DEC 1917 at Jefferson Barracks.  He served in a machine gun company, the 370th.  The 370th, 93rd Infantry Division is one of few African American regiments that served in combat in World War I and notably was the only regiment commanded entirely by black officers.  Few people know about this unit of young black men, which served alongside 1st Army during World War I.

The regiment fought in the battle of St. Mihiel, Argonne, and Soissons.  The regiment was nicknamed the blue hats and would wear the distinctive blue helmet patch denoting the wearing of French equipment during the war. Immediately upon the 370th’s return from France, the black communities of Chicago began fundraising to erect a monument to the 370th Regiment, “Black Devils.” The monument was completed in 1928 and dedicated on 11 November, Armistice Day.

Editor note:  The Fourth Registration, or Old Man’s Registration, was held on April 27, 1942. The purpose of this registration was to collect information on the industrial capacity and skills of men who were born between April 27, 1877 and February 16, 1897 (ages 45 to 64).