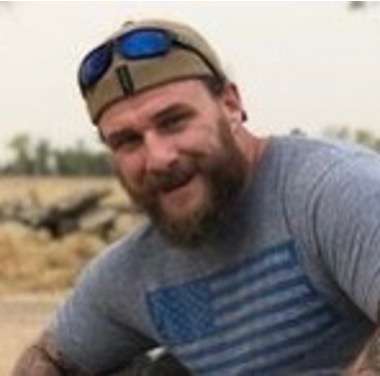 Scott achieved his life-long dream of joining the U.S. Navy to become a Navy SEAL.  Scott served as a Navy SEAL for eight years. He spent most of his Navy career from 1998 to 2005 assigned to the Coronado, California based SEAL Team 5, where he specialized as a sniper. He served tours in Iraq, Afghanistan and deployed to locations in Africa, the Philippines and South Korea.

During his tenure in the Navy, he was awarded:

Throughout his enlistment, Scott served several combat deployments before ending his service in 2005 at the rank of petty officer second class.

After serving in the Navy, he spent years working for military security contracting groups before joining the Defense Intelligence Agency in 2017 as an operations support specialist, charged with overseeing operations to collect human intelligence. He served three deployments to the Middle East in the role.

On 16-JAN 2019, while on assignment in Syria, Scott and three other Americans were killed by an Islamic State suicide bomber.Also killed were:

The four were killed in the northern Syrian town of Manbij on Wednesday, 16-JAN 2019. The attack, which also wounded three U.S. troops, was the deadliest assault on U.S. troops in Syria since American forces went into the country in 2015.