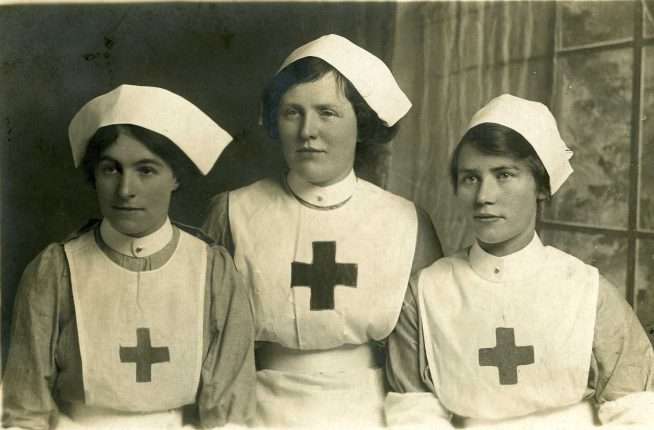 Until recently, women in the military served with great restrictions.  They dutifully filled the ranks and served where they were allowed.  While not serving in combat, they were nonetheless in danger and often risked their lives.

During World War I, a new enemy appeared on the battlefield…Spanish Influenza. The deadly disease affected millions in nearly every part of the world, including Camp Funston (now Fort Riley, KS), where many experts now believe the global pandemic originated. More U.S. soldiers died from the 1918 flu than were killed in battle during the war.  The death toll attributed to the Spanish flu is often estimated at 20-50 million victims worldwide.   Other estimates run as high as 100 million victims (about 3% of the world’s population).

Given the danger of the global pandemic, many women volunteered to serve during World War I alongside our soldiers.  Here are the names of five young women who served from St. Charles County, Missouri. 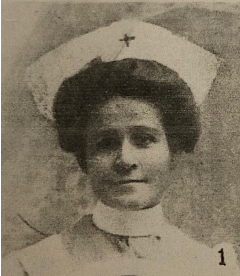 Marsh, Eudora L. Born 19-JUL 1882 and lived in St. Charles. The daughter of Albert and Celia Marsh. Assistant Chief Nurse, Nurse Corps.   Entered the service April 1918 and went overseas 15-NOV 1918.  Promoted to assistant chief nurse DEC 1918.  Over 22,000 professionally-trained female nurses were recruited by the American Red Cross to serve in the U.S. Army between 1917 and 1919.  Over 10,000 of these served in Europe near the Western Front. More than 1,500 nurses served in the U.S. Navy, and several hundred more worked for the American Red Cross.  Eudora was discharged 27-SEP 1919.  Eudora Marsh died 30-JUN 1969 and is buried in Oak Grove Cemetery in St. Charles MO. 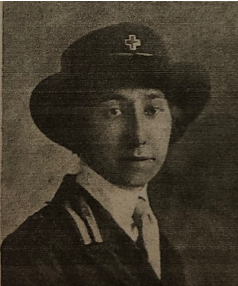 Rauch, Olive A.  St. Charles MO.  Born 3-APR 1893.  Daughter of J. F. and Agnes Rauch.  Entered service 1-OCT 1918.  Red Cross Recreation Hut work. Deployed overseas 14-NOV 1918 and assigned to duty at Savenay Hospital Center in France.  Discharged 26-JUL 1919. Her home activities included being a “Four-minute Speaker.”  Four Minute Speakers were volunteers authorized by President Woodrow Wilson, to give four-minute speeches on topics given to them by the Committee on Public Information (CPI). In 1917-1918, over 7.5 million speeches were given in 5,200 communities. The topics dealt with the American war effort in the First World War and were presented during the four minutes required to change reels during feature films in movie theaters across the country. These speeches were also presented at town meetings, restaurants, and other places that had an audience. Olive Rauch died in Arizona on 27-MAR 1977. 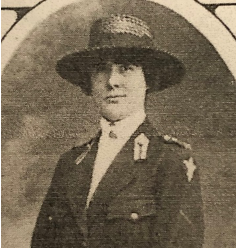 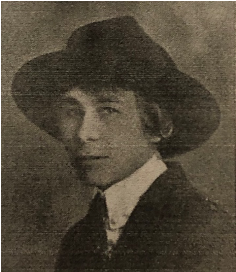 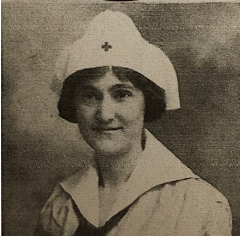 Lemmon, Josephine Hays.  St. Charles MO.  Born 1888.  Nurse, Army Nurse Corp.  Daughter of Amos and Lucy Lemmon.  Entered service 30-JUL 1918.  Assigned to Base Hospital at Camp Meade Maryland.  Nurses treated patients near or just behind the front lines at field hospitals, evacuation stations, or clearinghouses and even in churches that were turned into hospitals. They could be found at base stations, which were generally far removed from battle; however, they also served in troop transports and transport ships. Josephine’s home activities included assisting in collection of data for St. Charles County Honor Roll.  Her death date is unknown.