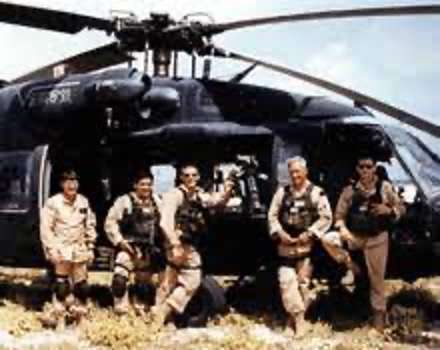 The Battle of Mogadishu

The War on Terror has taught us, our soldiers are often in harm’s way. Danger lurks in places other than battlefields, such as humanitarian missions.  U.S. forces had arrived in the war-torn Somalia in 1992 on a humanitarian mission to get food to starving people in a city where resources were controlled by various warlords. One of those warlords, had directed forces that conducted attacks on U.N. allies, killing dozens, and a bombing in August 1993 that killed four U.S. military police officers.

The Battle of Mogadishu, also known as Black Hawk Down, was part of Operation Gothic Serpent.  On 3-OCT 1993, a special operations unit of U.S. Army Ranger and Delta Force troops headed for the center of Mogadishu, Somalia to capture three rebel leaders. The mission was thought to be relatively straightforward, but when two U.S. Blackhawk helicopters were shot down, the mission took a disastrous turn for the worse. By the time the sun set over Somalia the next day, a total of 18 Americans had been killed and another 73 wounded.

We honor and remember those killed in action.

Pilots and Crew of the 160th Special Operations Aviation Regiment