The United States entered World War II when the Japanese bombed Pearl Harbor. But American Merchant Marine sailors were dying months before America entered the war!  During the war, 733 American cargo ships were lost.  There were 243,000 mariners that served and 9,521 perished while serving.  Roughly four percent of those who served were killed.  This was a higher casualty rate than that of any of the American military branches during World War II.  Merchant mariners were the lifeline for our fighting troops supplying virtually everything our armies needed.

When they enlisted, they were promised all the benefits of the other military branches. The reality was that mariners received no government benefits, paid income taxes, and earned money only when their ships were at sea. If their ships were torpedoed, they stopped getting paid the moment when they hit the water!  They were off the clock when swimming for their lives. And when they returned to civilian status, they were withheld a lifetime of military benefits including health care, money for college and low-interest loans.  Merchant marine seamen possessed an unusual variety of courage and gave their lives for their country as valiantly as those in the armed forces did without benefits. 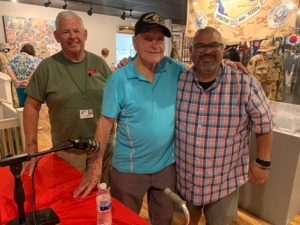