The City of St. Louis, and nearby St. Louis and St. Charles County became known as the “Gateway to the West” because it was an ideal spot for tradesmen, adventurers, and traders to transact because of its connected to the Ohio, Mississippi, and Missouri rivers.  The story of O’Fallon Missouri feature many of the same storylines.  American revolutionary war veterans were the early settlers, and many are buried nearby.  During the War of 1812, there were several forts, including nearby Fort Zumwalt built to defend the settlers against Indian attacks.  During the Civil War, the metropolitan area was very conflicted and were both Northern and Southern sympathizers.  Our guest tonight is Pat Swinger.  While Pat knows O’Fallon and St. Charles best, the same struggles were experienced throughout the area. 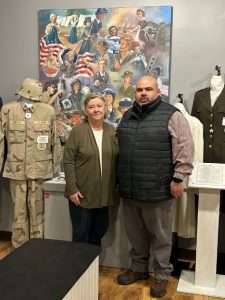 To listen to the podcast, click on the link below.