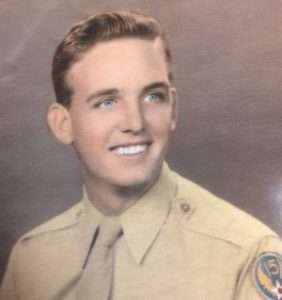 Tonight we bring you the heroic story of B24 Crewman SGT Robert Garvey. After flying 29 missions with his regular crew he was “volunteered” to be a substitute gunner with another crew. During this mission Robert was forced to bail out when his plane was damaged and going to crash after being jumped by German planes. Once on the ground Robert was hit multiple times by enemy fire then captured and became a POW. This story is one of courage, resilience and the American spirit!

To listen to Bob’s story, click on the link below.