On June 3rd, 1969, 53 years ago the destroyer U.S.S Frank E. Evans was participating in SEATO war games in the South China Sea.  Just days before, the Evans and her crew earned two Vietnam Service Medals on the “gun line” supporting ground troops in South Vietnam.

On the mid-watch at 0315 hours, the HMAS Melbourne, an Australian aircraft carrier collided with the Evans amidships cutting the much smaller ship in half.  The bow section sunk within minutes.

Seventy-four men perished with only one body recovered.  Included in the lost sailors were Gary, Greg, and Kelly Sage, three brothers from Nebraska.  The back half of the ship was towed to Subic Bay and later scrapped.  On June 13th, 1969, Time Magazine ran an article on the collision titled “Disaster by Moonlight.”

In the museum and on our website is the story of a local man, a survivor, Andrew “Joe” Mulitsch.  Though the U.S.S Frank E. Evans was days before in combat operations, the 74 lost men were not placed on the Vietnam Veterans Memorial in Washington.

For more information about the survivor’s association and their efforts to have the “Lost 74” placed on the Vietnam Veterans Wall, visit https://www.ussfee.org.

Joe will share his harrowing story of “The Collision” on our next podcast on June 7th.  The link will be posted on our Facebook page. 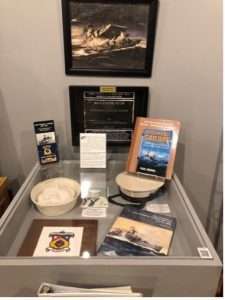 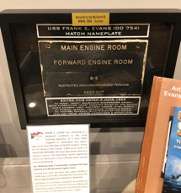 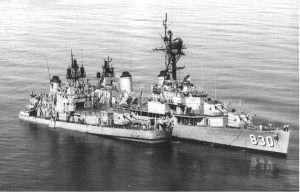