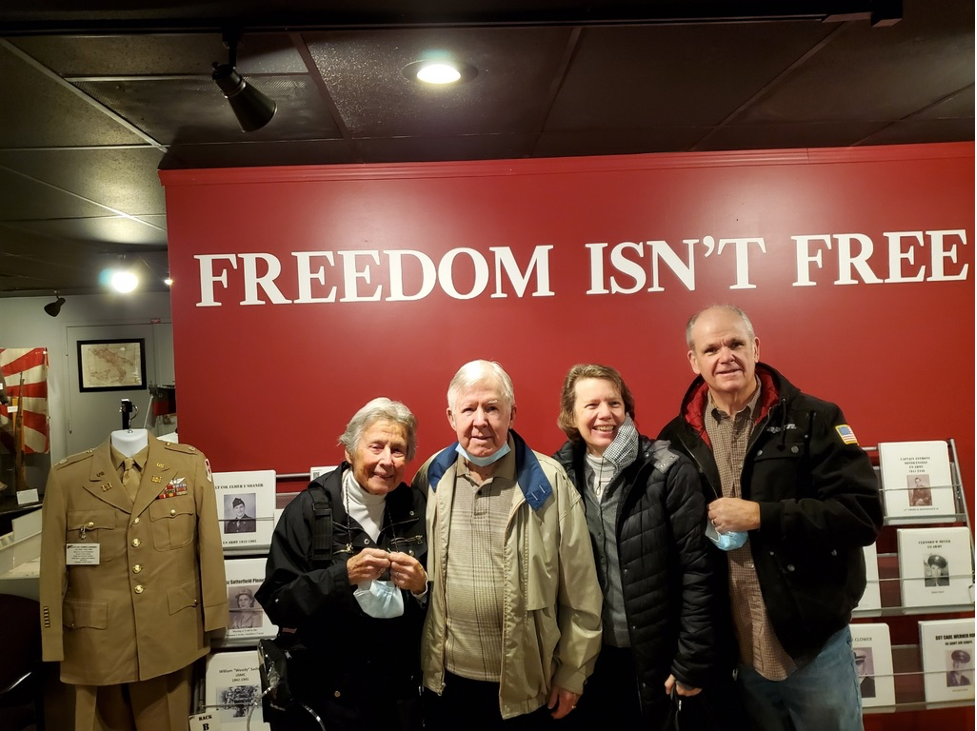 It was an honor to meet and visit today with William Swiney and his family. Bill served in the U.S. Navy from 1943-1945 during World War II in the Philippines and the South Pacific.  Bill, though in the Navy flew on B-24s.

The B-24 was used extensively in World War II. It served in every branch of the American armed forces.  Bill was a gunner on the B-24.  Due to its long range, it proved useful in bombing operations in the Pacific, including the bombing of Japan and long-range anti-submarine warfare.

We hope to meet with Bill over the next few weeks and gather his memories for a story in the museum.